The NYT on the struggle between environmentalists and villagers backed by the local construction industry to preserve a beach in Amami-Oshima that became part of a UNESCO World Heritage Site in July.


This Pristine Beach Is One of Japan’s Last. Soon It Will Be Filled With Concrete.

In rural Japan, the unstoppable forces of nature meet the immovable determination of the construction state. Can this village survive?

The sea wall project demonstrates how not even the most precious ecological treasures can survive Japan's construction obsession, which has long been its answer to the threat of natural disaster — and a vital source of economic stimulus and political capital, especially in rural areas. But the plan to erect the concrete berm on the pristine beach, a vanishingly rare commodity in Japan, is not just about money or votes. It has torn the village apart as residents fight deeper forces remaking rural Japan: climate change, ageing populations and the hollowing-out of small towns. The project's supporters — a majority of its 20 residents — say the village's survival is at stake, as it has been lashed by fiercer storms in recent years. Opponents — a collection of surfers, organic farmers, musicians and environmentalists, many from off the island — argue a sea wall would destroy the beach and its delicate ecosystem. Leading the opposition is Jean-Marc Takaki, 48, a half-Japanese Parisian who moved into a bungalow behind the beach last year. A nature guide and former computer programmer, Mr Takaki began campaigning against the wall in 2015, after moving to a nearby town to be closer to nature.
Click to expand... This Pristine Beach Is One of Japan’s Last. Soon It Will Be Filled With Concrete.

In rural Japan, the unstoppable forces of nature meet the immovable determination of the construction state. Can this village survive?


More on the project to save Katoku Beach and the crowdfunding campaign: Back in the day , before they worried about pollution too much , our base beach in Fukuoka was so bad they had to use a small bulldozer to plow the garbage off it once every month so it could be used.

Wow, I've never been to Amami-Oshima, looks like I have quite a few more islands to explore the next time I'm out there!

If I remember correctly, our very own @イェンス promised me an article on Amami-Oshima last year. Meanwhile, here's his Amami-Oshima album (some 135 pics strong). 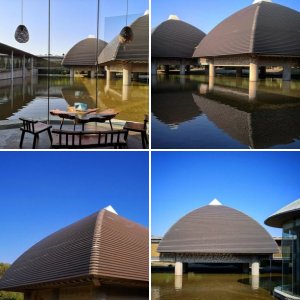 Funny~!Agreement Between Japan and the United States of America Concerning the Amami

I want one of these