I have always felt that Japanese cherries were worth their weight in gold. Now, a man who allegedly stole nine "Biocherries" - a plum and cherry hybrid - was arrested. Fruit theft is a big issue in Yamanashi.

The suspect, Kimio Mori, a self-described part-time worker from the neighboring city of Nirasaki, was arrested on the spot on suspicion of stealing nine Biocherries worth about 630 yen (approx. $4.70). According to the police station, the farmer found Mori on the side of a road reaching out toward a plum branch. It was reported that the suspect did not resist before police arrived, and admitted to the allegations against him. In the prefecture, more than 14,000 peaches have been stolen since early June, and there had been a series of thefts of fruit including plums and grapes. In the Minami-Alps Police Department's precinct, it was found on July 22 that some 600 Kiyo premium plums -- worth about 420,000 yen (roughly $3,100) -- had been stolen. Police are investigating whether the thefts were linked.
Click to expand... Man arrested for allegedly stealing 9 plums in Japan pref. hit by spate of thefts - The Mainichi

KOFU -- A 73-year-old man was arrested on Aug. 2 for allegedly stealing nine plums from an orchard in Yamanashi Prefecture west of Tokyo, where a spat 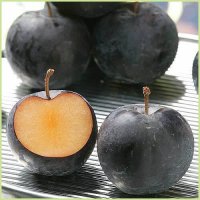 Sad but true, kleptomania is prevalent among the elderly, and Japan is no exception. I myself witnessed jii-chan and baa-chan "forgetting" to pay for goods, meddling with discount stickers and such.

I had always been convinced that pensions in Japan are good enough to curb the phenomena, but apparently not pensions are equal. That, or kleptomania has nothing to do with income.

Interestingly, only 5-6% of all shoplifters are kleptomaniacs. The elderly lady my wife and I observed at our local supermarket paid for the regular staples and stuffed peanuts, pistachios, and expensive senbei into a separate bag she didn't show at the register. Who'd suspect an innocent old lady to steal? I have seen other people stealing onigiri (~110 JPY apiece). The cherry thief in the article above did it for personal consumption; however, the losses and damages caused by fruit theft in Yamanashi and other prefectures are massive and threaten farmers' livelihoods.

Once as a police officer, I got a call for a shoplifter. It was an older gentleman who looked like a rich college professor. His explanation for the "mixup" sounded very believable, and I was ready to let him go. I radioed in for a background check before I did, and it came back that he had 12 arrests for shoplifting. Made be a believer that "looks can be deceiving", LOL. I wondered how many times he had got away with it in the past.

W
Why do only few Japanese men go for Western women?
2 3