Yamanashi Prefecture (山梨県 Yamanashi-ken) is located in central Honshū and bordered by Tōkyō, Kanagawa, Shizuoka, Nagano, and Saitama prefectures. It is one of only eight landlocked prefectures in Japan. The terrain is mostly mountainous, and the principal ranges include the Kantō (关东山地), the Misaka (御坂山地), and the Akaishi (赤石山脈) mountains. Mount Fuji, the highest peak in Japan, lies on the border with Shizuoka Prefecture. The principal level areas are the Kōfu Basin in the centre of the prefecture and the Gunnai district (郡内地方) to the south near Fujisan. The contrast between summer and winter climate is strong, and Japan's precipitation is less than average for Japan.

The area of modern-day Yamanashi was known after the Taika Reforms (645) as Kai Province (甲斐国 Kai-no-kuni). It came under the control of a succession of military families. In the Heian Period and throughout the Kamakura Period, it was ruled by the Kai Genji (Minamoto). Later, the Takeda, a branch family of the Minamoto, consolidated their power in Kai. From his residence in Kōfu, Takeda Shingen expanded his influence into the provinces of Shinano (present-day Nagano) and Suruga (Shizuoka). He waged constant war against his northern archrival Uesugi Kenshin (上杉謙信, 1530-1578) of Echigo Province and was eventually defeated by the forces of Oda Nobunaga and Tokugawa Ieyasu. After the defeat of the Late Hōjō clan, Kai Province was ruled by a succession of Toyotomi retainers. In the Edo Period (1600-1868), it was directly controlled by the Tokugawa shogunate. Following the Meiji Restoration, it was renamed Kōfu Prefecture. It received its present name and borders after abolishing the han system in 1871.

Agriculture is the principal activity. Crops include rice, fruits, and vegetables. Yamanashi is famed for its peaches, plums, and, in particular, its grapes. The prefecture is well-known as the centre of Japan's wine production and has numerous vineyards. The industry is largely limited to light manufacturing such as textiles and crystal processing for jewellery. New industries include electrical goods, machinery, precision instruments, and robotics.

Due to its proximity to Tōkyō and its wealth of lakes and mountains, Yamanashi is a popular tourist destination. The greatest attractions are Mount Fuji and the string of five lakes at its base. Three national parks span part of the prefecture: the Fuji-Hakone-Izu National Park (富士箱根伊豆国立公園 Fuji-Hakone-Izu Kokuritsu Kōen), the Chichibu-Tama-Kai National Park (秩父多摩甲斐国立公園 Chichibu Tama Kai Kokuritsu Kōen), and the Minami Alps National Park (南アルプス国立公園 Minami Arupusu Kokuritsu Kōen). Hot springs include Masutomi Onsen, Sekisuiji Onsen, Isawa Onsen, Shimobe Onsen, Hottarakashi Onsen and Yamanami Onsen. Minobusan is the head temple of the Nichiren sect of Buddhism and attracts many tourists and pilgrims. Kōfu is the capital of Yamanashi Prefecture.

Isawa Onsen, Kōshū and the wineries:

Isawa is just east of Kōfu and a prime destination for wine lovers. Isawa Onsen is a hot spring resort surrounded by impressive mountain ranges.

The area between the imposing Southern Alps and Mount Fuji is home to a wealth of traditional Japanese cultures and crafts, such as kabuki, washi paper and suzuri inkstones.

The most popular and most-visited area of Yamanashi, thanks to the majestic Mount Fuji and the Fuji Five Lakes. 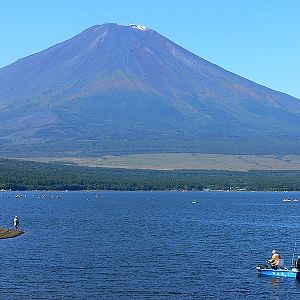 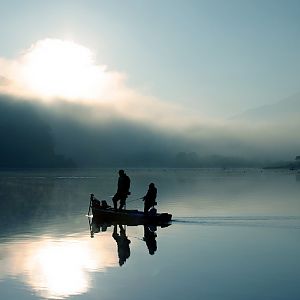 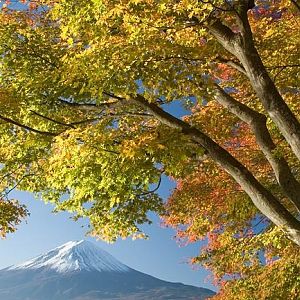 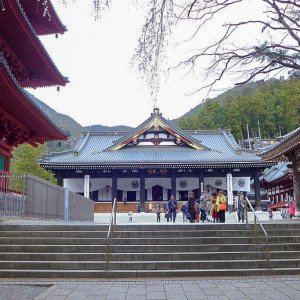 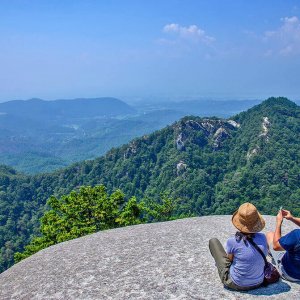 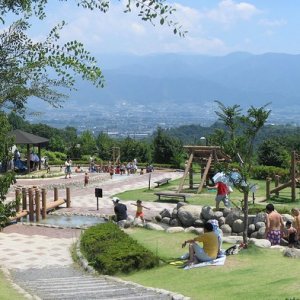 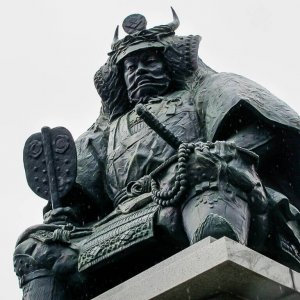 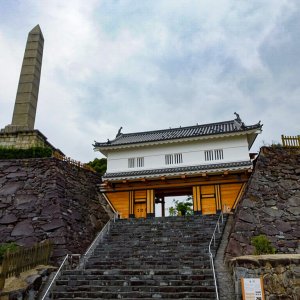