That sound of shock/surprise too often heard in anime

How do I write in Japanese that famous sound of shock or surprise we can find in any anime. All Naruto characters use it when they realize their attack failed or it's about a bad fearful surprise for them.
It sounds like short exhalation 'ah'!
Last edited: 13 Jul 2021

Can you find a clip of it on Youtube?
An "ah" sound would be アー but you could write it in a lot of ways

Probably アッ!! You can elongate as much as you wish. e.g. アアアアアアアアアアッ!!

The little ッ at the end gives it an abrupt ending. If it trails off, use what Majestic wrote.

Tere are tons of that interjection in Naruto

These are all different types of interjections. They aren’t all the same sound.
You can see how other people have transcribed these sounds.
Can be クッ うわ or several other possibilities In the final clip you posted the character is just stammering (because he is surprised).
ま・・・まさか

Maybe they are quite different. I didn't feel it. Thank you.

I checked the original manga of the first clip, but Temari didn't appear in the scene. 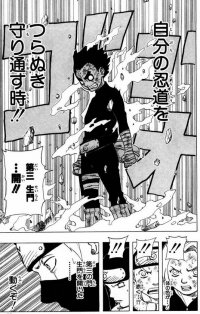 It's the same for Shikamaru. He said nothing before 上だ！. 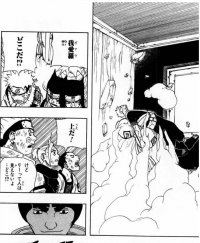 Expressing surprise about an (undeserved) offer

Translating “too wild” or “too savage” in a positve way

S
I hope this translation isn't too much to ask of you.

Too difficult for my brain

Translation of a quote from animated movie