It is undisputed that Japan is a world leader as far as toilets are concerned. That does not only apply to the stellar development of toilet technology but to the high sanitary standards of public toilets as well: they are usually clean, odourless and well-stocked on toilet paper. The Nippon Foundation is taking things one big step forward by sponsoring 17 public toilets in Shibuya designed by renowned Japanese artists. Below a list of all 'art toilets', their locations and creators:

Time for a toilet stamp rally?

One remarkable piece of toilet art has been created by Shigeru Saka: transparent glass cubes that turn opaque and blur once the doors are locked. Stunning!

The video below illustrates the opacity feature of ‘smart glass’.

Wonder what happens if there happens to be a power failure. Hopefully the default state is opaque.

At the end of June, the latest addition to the Tokyo Toilet Project, this time created by the famous architect Kengo Kuma, was inaugurated at Nabeshima Shoto Park (渋谷区立鍋島松濤公園) in Shibuya. At first glance perhaps not as spectacular as the transparent toilets above, it looks cosy and more ecological. 
The site is located in Nabeshima-Shoto Park, Shoto 2-chome, Shibuya City. According to the Shibuya City website, the park was originally a tea garden established in 1876 by the Nabeshima family of the Hizen Saga clan, who had purchased the former residence of the Kii Tokugawa family. On the south side of the park, in a quiet residential area just a short walk away, is the Shoto Museum of Art, designed by the architect Shirai Chenichi (1905-1917). The public toilets, designed by Kengo Kuma, are located along the road to the east of the park. The site also slopes down from the road into the park. Taking advantage of this complex ground level is a public toilet named "Mori no komichi" by Kuma.

Design concept
We designed a village of toilets, like a village, in the lush Shoto Park. Five huts covered with cedar louvres with randomly angled ears are connected by "Mori no Komichi" and disappear into the forest. Each of the toilets in the village has a different plan, equipment and interior design to suit different needs (childcare, grooming, wheelchair, etc.). By dividing the various rooms into separate buildings, we have created a "public toilet village" that is open to the park, airy and passable, suitable for the post-Corona era. The age of diversity, the age of the forest, has arrived for toilets. (Kengo Kuma). 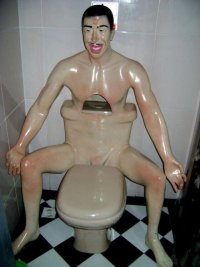 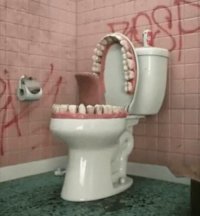 "For me, they turned from toilets into restrooms. That's a very nice word in English, the restroom. When I saw these places the next couple of days, I realized they were restrooms in the true sense of the word," Wenders told reporters in Tokyo's fashionable Shibuya district, where the dozen public restrooms are located. The facilities were designed by leading architects including Kengo Kuma and Tadao Ando, with the idea that a pleasant public restroom could counter the common expectation it had to be filthy, filled with graffiti or associated with crime. Wenders, the Oscar-winning director of "Wings of Desire" and "Buena Vista Social Club," said when he saw the Shibuya bathrooms, he was moved. "This is a truly precious place," Wenders said.
Click to expand...