News No dual surnames for married couples in Japan

Despite eight years of 'womenomics' and plenty of good intentions, PM Suga yesterday admitted that Japan was "extremely behind" in promoting gender equality. The government on Friday adopted a plan that delays women's advancement goals by up to a decade after failing to reach even half of the 30% target by 2020 and other measures.

Japan especially lags in women's advancement in politics. Women account for less than 10% of lawmakers in the more powerful of its two-chamber parliament. About 40% of local assemblies have no female members or only one. Suga's 20-member Cabinet has only two female ministers.
Click to expand...

While Japan ranks highly on a range of international indicators, it persistently trails on promoting gender equality, ranking 121 out of 153 nations surveyed in the 2020 global gender gap report of the World Economic Forum. Just 14.8 percent of leadership positions in politics and business in Japan are occupied by women, "lagging extremely behind internationally," the Cabinet Office said in the new five-year plan.
Click to expand...

Japan is "extremely behind" in promoting gender equality its government said Friday, as it delayed an almost two decades-old target to have at least 30 percent of leadership positions occupied by women by the end of 2020. Prime Minister Yoshihide Suga's government approved a new five-year plan...

Japan's Civil Code requires a married couple to share a surname, and conventionally, the burden has largely fallen on women to change names after marriage. The draft gender equality promotion policy had included wording positive about different surnames, but such language was dropped amid opposition from conservative lawmakers.
Click to expand...

After heated debate among ruling party lawmakers, the Japanese government failed to include a commitment to allowing married couples to use different surnames in its five-year basic gender equality promotion policy approved Friday. Hopes had been growing for Japan to allow different surnames as...

When Abe first announced his 'plan' years ago, it pissed me off. It was such blatant lip service. (There's a 50/50 chance i griped in a thread here at the time.)

if they actually do something, for example, setting up school programs which create work experience opportunities or mentor programs for girls, I'd be all for it. But just saying you're going to do better into press microphones and passing the ball up the field isn't gonna cut it

Marukawa Tamayo, Japan's minister for women’s empowerment and gender equality, confirmed that she signed a document that opposes dual surnames for married couples and claimed her “personal belief” would not affect her duties. Marukawa is married to Taku Otsuka, a Lower House member of the ruling Liberal Democratic Party but uses her maiden name during her activities as a lawmaker.

The document, dated Jan. 30, was sent to members of the Saitama prefectural assembly, which is seeking to adopt a written opinion calling for a system that allows married couples to use separate surnames. Fifty Upper and Lower House members of the LDP signed the document to express their opposition to such a system. At a news conference on Feb. 24, Marukawa said that she agreed with the contents of the document and signed it. But she also noted that she is in a position to promote gender equality within the government, and that she intends to put her ministerial duties before her own opinion. Marukawa also doubles as minister in charge of the Tokyo Olympic and Paralympic Games, an event that is committed to ensuring gender equality. “I will do whatever I can, including setting aside my own thoughts, to gain the understanding of the international community to hold the Games,” she said.
Click to expand... 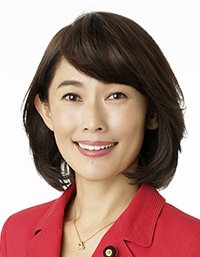 This is the list page of Diet members of the Liberal Democratic Party. For detail profile, click a member of the list.<!--Under Construction-->
www.jimin.jp

Japan's Supreme Court ruled that forcing married couples to choose one common surname is not unconstitutional.

Article 750 of the Civil Code stipulates "a husband and wife shall adopt the surname of the husband or wife in accordance with that which is decided at the time of marriage." The provision applies only to Japanese couples as foreigners married under the country's system are able to keep their family names. Critics say the provision originating from the 1898 Civil Code reflects the traditional concept of marriage as an arrangement involving families rather than individuals. Usually, a woman left her family to become part of her husband's family. As of 2015, 96% of married couples in Japan used the husband's surname, according to government data.

The family register law stipulates a couple must determine a shared surname to have their marriage registration accepted. The 2015 top court ruling said the practice of using the same surname was "well-established in society" and there is no gender inequality in the system. But among 15 justices, five, including all three women, said prohibiting separate surnames was unconstitutional, citing the disadvantages involved in changing a name. The court acknowledged individuals who change their surnames, in most cases women, could "feel their identities lost" and face other disadvantages in terms of social credibility, but said people are not forbidden to go by their maiden names in the current system.
Click to expand... The latest decision on a more than century-old provision based on the Civil Code and the family register law dismissed requests filed by three couples to keep their separate surnames.

Marukawa Tamayo, Japan's minister for women’s empowerment and gender equality (see above), uses her maiden name in politics. Her husband's surname is Otsuka (found on JT today). Wouldn't that destroy her family unity and affect her children, too?

thomas said:
Marukawa Tamayo, Japan's minister for women’s empowerment and gender equality (see above), uses her maiden name in politics. Her husband's name is Otsuka (found on JT today). Wouldn't that destroy her family unity and affect her children, too?
Click to expand...

Only if it were allowed in official documents (戸籍). That would rip the very fabric of society apart.

If a couple cannot decide whose surname to take, choose by lottery or, in modern times, start an online questionnaire.

Married couples in Japan must select only one surname for registration. Tamura and Ishikawa both wanted to keep their family names. If one of them had a surname like Domyoji that was “so cool that everyone envies it,” the other would be willing to accept it. But both Tamura and Ishikawa are quite common surnames in Japan. A 30-year-old husband and wife in Kyoto Prefecture who faced a similar problem were featured in the “Otoko to Onna” (Men and women) column of The Asahi Shimbun’s Feb. 14, 1971, morning edition. They picked their family name by lottery.
Click to expand...

Fifty years after the article was published, Tamura and Ishikawa reached a solution: They asked strangers on the internet which surname “sounds better.” They paid each respondent 10 yen (9 cents) on a questionnaire site. After about an hour, 300 individuals responded. Ishikawa won by a 7:3 ratio, and they adopted the more popular one. Asked about the defeat, Tamura said, “There is no choice since we had promised to accept the outcome with no hard feelings.”
Click to expand...

Movie director Kazuhiro Soda and his wife, Kiyoko Kashiwagi, married in the United States and retained their surnames. Today, their official notification of marriage to Tokyo's Chiyoda Ward office was rejected. The couple will now request the Tokyo Family Court to order the local ward authorities to accept the document. Good to see that the courts continue to be challenged.

Kashiwagi and Soda were married in New York in 1997 and had retained their separate last names. When Japanese are married abroad, they are supposed to submit a marriage notification document at a Japanese diplomatic establishment in the country where they reside. But the two did not do so because they knew that they had to choose one of their surnames to register their marriage under the existing Japanese laws. They had expected that Japan would eventually follow in the footsteps of other countries around the world and adopt a dual surname system for married couples. In an official Japanese marriage register, a couple must check a box to show which of the last names they will use upon marriage: either the husband's or the wife's. When they submitted the document in 2018, they checked both boxes. The ward authorities denied the registration, citing the Civil Code and the Family Registration Law. Article 750 of the Civic Code stipulates married couples must use a single surname, while Article 74 of the Family Registration Law has a similar rule for its marriage notification procedures.
Click to expand...

This couple, who got legally married in the US, showed up to the Chiyoda Ward office with the marriage certificate in hand, and Chiyoda Ward just says, "lol, no".

I wonder what the official position is, then. Does the Japanese gov't not recognize it as a valid marriage at all? Like the US marriage license is without meaning? Does the government really claim, then, that these two people are single? Seems to raise some interesting questions.

This is utterly baffling to me.

The interesting thing is that (as no doubt many members of this forum know) for international marriages that take place in Japan, both husband and wife retaining their surnames is the default state, and additional paperwork is required to change one's name.

Actually, I just typed that, but I'm wondering if it's also true in the case of a non-Japanese wife marrying a Japanese husband. For the reverse, it definitely is the case. (My wife assumed she would take my last name, but was told that she would not unless a separate application was filed, which we decided not to do.)
Share:
Facebook Twitter Reddit Pinterest Tumblr WhatsApp Email Share Link