Lost it here about 5 hours ago. I guess it's server system has crashed. Experts guess it may take a long time to fix it. My internet life is over , LOL.

I had to take a screenshot for posterity.

We use WhatsApp, but I wouldn't have noticed that FB and IG were down. Thanks, Frank. Uncle Frank said:
Lost it here about 5 hours ago. I guess it's server system has crashed. Experts guess it may take a long time to fix it. My internet life is over , LOL.
Click to expand...

It's not down in Japan this morning but I can't load comments.

Lothor said:
It's not down in Japan this morning but I can't load comments.
Click to expand...

That must be your browser cache. It's definitely down.

thomas said:
That must be your browser cache. It's definitely down.

What do I do about that, if anything?

That's a lesson for websites that have given up their forums and moved to Facebook Groups. There you go. GaijinPot, do you listen?

Update: Seems to be back online.


Lothor said:
It's not down in Japan this morning but I can't load comments.
Click to expand...

It figures , 5 minutes after I post it , it comes 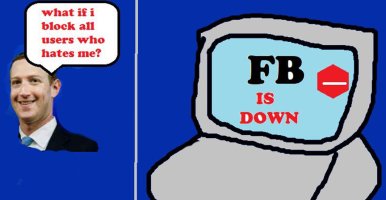 back up. Still not up to regular use yet. The experts said that it might crash again if too many got on and started using it. 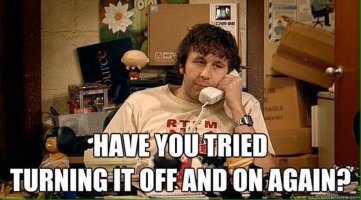 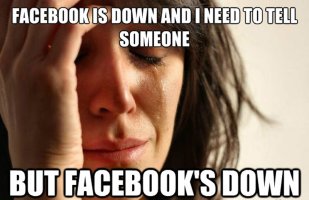 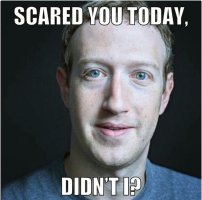 too bad it came back online

I was actually on it when it went down. It was there one second and not the next. I had just listed several old Halloween costumes.
FB Marketplace is the best method for local buy/sale listings. It's completely free and you can feel a little more confidence as compared to craigslist which is completely anonymous and rife with scammers.

And where did they go to announce that FB, IG and WA were down? Twitter...

This might sell as a good T-shirt logo , LOL.

Anyone seen the movie Surrogates, with Bruce Willis? It's set in a world where nearly no one physically goes out anymore, but sends a robot version of themselves (usually presenting as an idealized, younger, plastic barbi-like version) so that if anything happens to their "surrogate" they'll be safe at home... until someone finds a way to basically kill people through the internet by shooting their physical avatar. At some point in the film the whole system goes down, forcing people who have been hiding behind their avatars (even from their own spouses) to venture back out into the real world. I've found it an apt metaphor for the way people have retreated into the internet, and how it would take a catastrophic failure to break them free of the spell of social media.


This was a good opportunity for people to wander back out into the real world, blinking like newborn calfs. Especially after the whistleblower revelations that Facebook knowingly put its own profits before the public good, and lied about how aware it was (and how much control it had) of how it was being leveraged against us and our own interests. I guess half a day just isn't long enough for people to realize how little we need that crap.

The world today and people's actions and their way of thinking is often totally confusing to and old fart like me. I find myself thinking back to my younger days when all the old people said the world was going to hell in a hand basket and I thought they were a bit crazy. Now I find myself thinking the world is going crazy , but believe it's from seeing so much negative information on the internet and mainstream media. I often wonder if booze or drugs could make me feel better , but have too many guns around me to try , LOL. I come close to the people in that movie , LOL , and only leave my house twice a month and the only person I have to associate with face to face is my wife. I seem to have outlived all my friends so I've become a hermit. 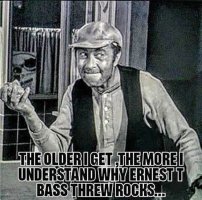 I read that it was caused by a BGP (Boarder Gateway Protocol) issue that resulted in all advertised network routes to their network being removed. Apparently there was an update to their BGP just before this happened. I would guess the person responsible doesn't work there anymore.

Petaris said:
I would guess the person responsible doesn't work there anymore.
Click to expand...

Japanese media reported that FB lost out on hourly ad revenues of up to 550k USD (in addition to all the other damages incurred), so some heads must have been rolling.