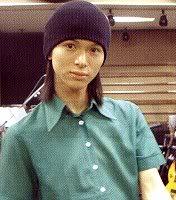 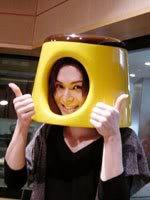 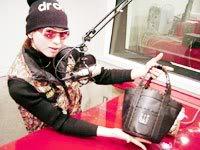 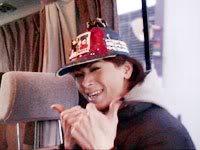 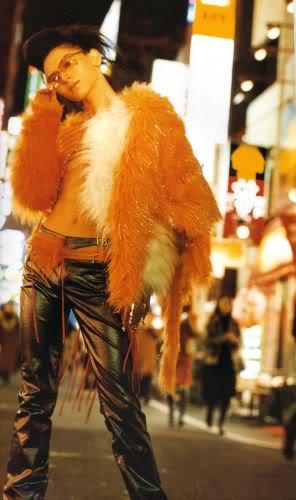 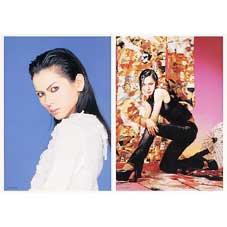 Yay!! More pictures! You're not kidding, it is getting really really hard to find anything about Daichi anymore. I wish his website was still up Also, wouldn't it be great if he started up another band? I want to hear more of his songs!!! I swear, I've listened, and yes even danced to, his Kiss for SHINOME song soooo many times, and I'm still not sick of it! I just crank up the speakers and DANCE! Speaking of which, I have some dancing to do
edit: haha, I found a cool picture. Someone's drawing of The Seeker

edit2: I don't ever remember seeing this picture of D.K. before, so I thought I could post it enjoy 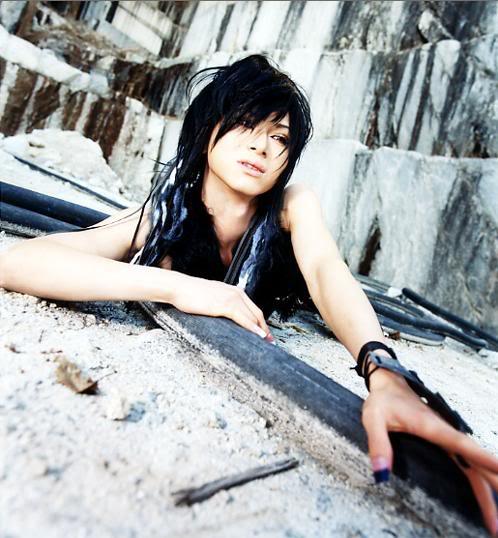 Oh, I don't know if you guys've already seen this, but I thought it was just too funny not to post.http://www.youtube.com/watch?v=CpHuK3icgUc
edit: Ok guys, I don't know if you've been to the wonderful acidchild sitehttp://www.freewebs.com/acidchild/index.htm, but I found a couple lyrics to some songs that weren't on that site. If you want them, then go here http://www.k-ito.net/ito_lyrics_seeker.shtml enjoy if you haven't already.

ehm..if you read the previous posts.. you'd know that I'm a webmaster at Acid Child and that I was shamelessly making commercial for it XD..

@Kaine.. I'll keep that in mind haha! But I will begin studying Japanese in one year.. so I don't think that I will stalk you for it..lol. And I don't know which ones are the new ones.. check the site and gallery ^^ the first ones you see, are the newest :}

Edit: and those lyrics from K-ito net are not on our site, since we did not write/translate those.. I'm thinking of asking the webmaster if I can put them on.. but I can't find the time to mail her/him..
Edit2: DarkShadow, I see you found the gallery haha XD.. DK smoking..baaaad

Python said:
Hey you guys.. is any of you crazy enough.. to translate one of the magazine scans I have up in my The Seeker photobucket? .. Because I know nobody who speaks english ﾃ｡nd can read japanse..and would want to translate something about DK XD...
edit:
these are the scans.. some are a bit (much) hard to read.. 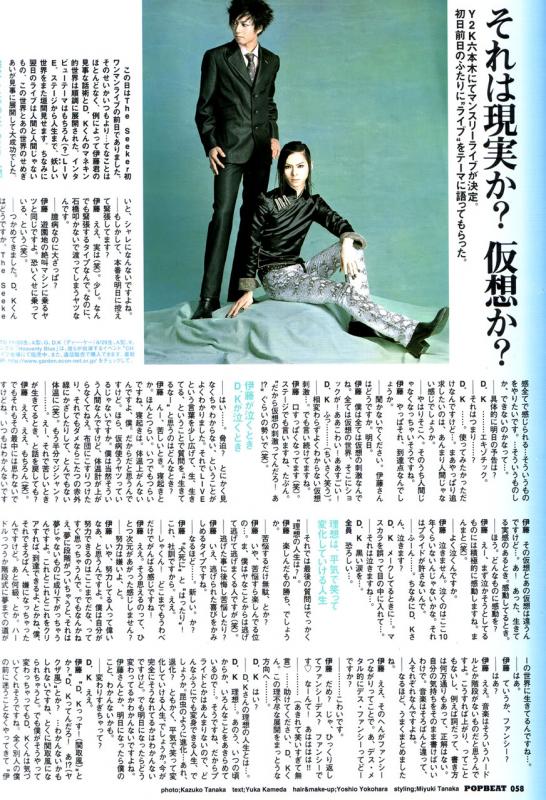 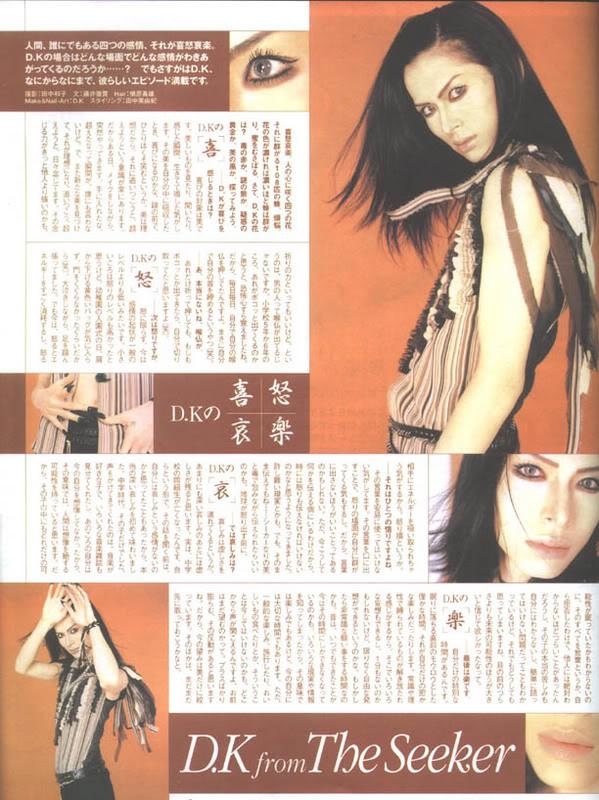 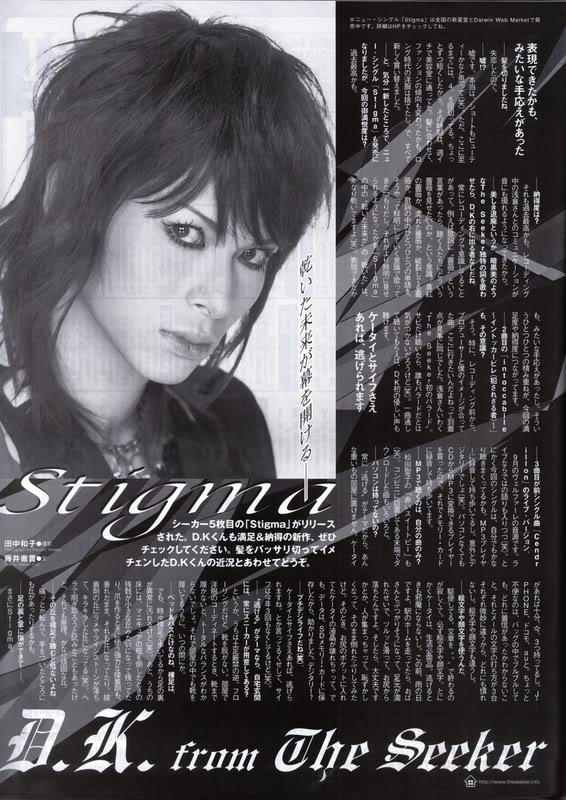 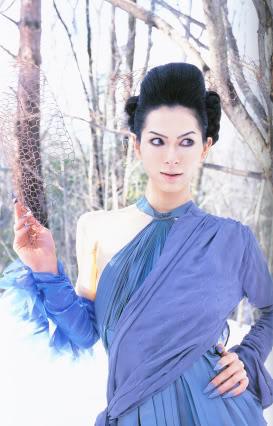 who is the guy with him in the picture?

That's Kenichi ito / K-ito. From Iceman and other bands.. and..well, The Seeker of course! XD
H

hey... what's up here??
i search and search the web, to find something new about daichi, but... nothing new. it seems, that he kind of totally disappeared. or is he living on a lonely island??

nobody here, who found something new about him????!

I mean.. you see his stomache a lot..and areas neeeear his nipples.. it just makes me wonder...XD Maybe he pierced them

maybe he doesn't us his nipples, because he don't wanna show us, that his breasts has grown a little bit during the last weeks. i know it's an old rumor and i think i heard about for the first time, maybe in march or april this year... but i have read about again. you know, the "working-in-a-bar-and planning-to-have-a-sex-change-thing"... and because there is nothing new sice a long time, i'm a bit confused, maybe there is some truth in the rumors lately... i don't know... but maybe he lives at a lonely island and drinking cocktails every day... DAICHI WHERE ARE YOU??????

well..the sex-change isn't true..that's for sure :}

a shoof..I have to go reaaaally quick! if you look at the link, you can find the photobucket link..and the password to acces it, is 'romance' :}

more pics of Daichi and is it me or does he look funny without makeup.

I got all songs except the live album posted @ the forum of www.freewebs.com/acidchild 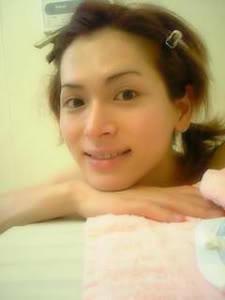 Hello! I'm fairly new to Japan Forum, and even newer to The Seeker's music, but I am reminded of Ville Valo of HIM when I see Daichi. Does he remind anyone else of Ville? And Daichi also reminds me of Kanda from D. Gray-man. I don't know if anyone here's a fan, but there's definite similarities!

hello everybody.... i just wanna ask ANYBODY, if there is nothing new about him at all?
is he still alive?
changed his name maybe??? 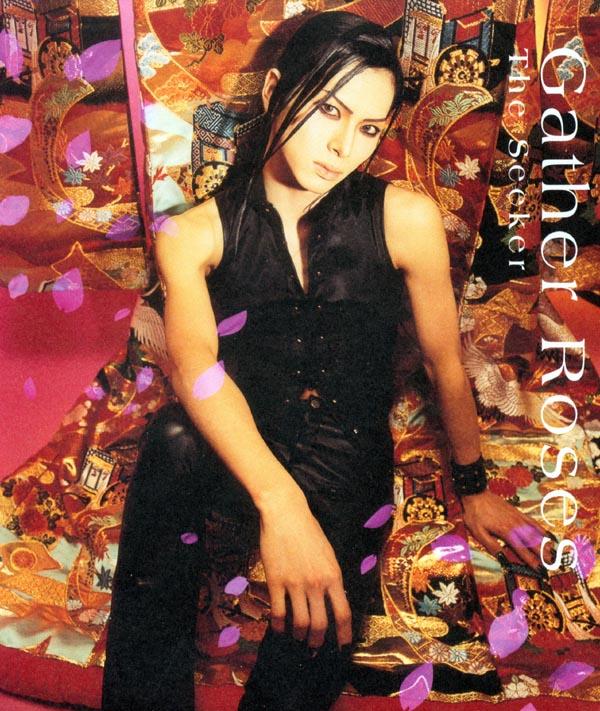 @advigilo
Seems that your photobucket links expired. Do you mind to post the pics again? Thank You
R

Does anyone still happen to have any Seeker songs? I lost mine awhile ago and it's becoming increasingly harder to find any.
L

I save these pictures in my computer. lol....
Thank you guys for sharing.
A

Anchyyy said:
Hmm i will search for info...but i cant promise anything.

But well here is one picture 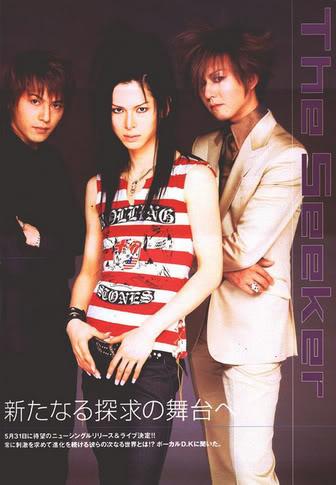 
And some info. Not much but anyway

My sister who learns Japanese has this photo on her computer. Now I know it is the pic of daichi kuroda. I never connected the two together. Good to know what he looks like.
A

My sister had this image on her laptop and heard the songs of Daichi Kuroda but did not add 2 together. Now I know those songs are from this guy. Thanks for clarification.

1st of all, thank you for those pages on the forum, containing several pictures of DK.

Then, it might seem quite stunning to many of you but DK is actually a T-Girl so everybody should refer to her as a she, and not as a "he".
If you're skeptical, please go check the lastest pictures of her, taken mid-August 2018.
(You can find all the pics I have in the archive, URL's below... Just keep on reading XD.)

Actually I'm a fan too (also a member on a facebook page dedicated to the DA Family) and I got this unpleasant issue (by the way, is there even a pleasant issue?) : How to find The Seeker's songs. Well, if you're fluent in Japanese, I suggest you try amazon.co.jp or even yahoo auctions or buyee or suruga-ya or sonymusicshop or even Darwin Record;
links here :
【Buyee】 "Buyee" Japan Shopping Service | Buy from Yahoo! Buy from Japan!
ゲーム・古本・DVD・CD・トレカ・フィギュア 通販ショップの駿河屋
https://page.auctions.yahoo.co.jp/
Darwin Web Store
SonyMusicShop
Amazon productAmazon productAmazon product
and, if you're not a Japanese-speaker (or if you're not fluent enough), I suggest you try iTunes since you can buy all their tracks there
(Gnosis, Living Dead 0, Le Grand Guignol - that's what I did).

Regarding the pictures, you should try with their names written in Japanese caracters / kanji instead :
伊藤賢一
for the guitarist
黒田大地
and those for the singer. As the singer is a T-Girl I suspect her official name is a deaname now and she might as well has officially changed her name on her papers and all... So I think it's delicate to know her name now...

Well their videos, though, are quite hard to find and scarce, you can have some on youtube :
stigma live :
gather roses PV :
heavenly blue PV :
kiss for Salome PV :
la divina commedia :

The Seeker's singer still performs on stage for some DA's parties. At least, that's what I could read on the facebook's fanpage, back in August, 2018.
And, a best-of The Seeker was released during summer 2018 (called SONG COLLECTION).

Btw, I published everything I knew on this website (yesterday // photograph, lyrics, videos, biography, tracklists...) :
The Seeker | JpopAsia
(I'm counting on typing the lyrics of all their songs but it might be tricky and it's not done yet... But, if I do work on this, I'll get back here, don't worry...)

As for the info, I could only have this but you guys & girls already know that all I guess :
The Seeker was a 2-person musical group consisting of
ITOO Kenichi-san (Guitar)
and KURODA Daichi-san [official name / deadname] (Lead Vocal)
[along with a bassist].
Before the formal naming of the group it was just called "K.Ito & D.K", the abbreviations of their names combined. They are probably most well known for their song from the anime Gravitation named "Sleepless Beauty".
For a short time, ASAKURA Daisuke-san played in The Seeker as a support member, after ITOO Kenichi-san quit, but the group officially disbanded on June 5th, 2005.
The band was active from 2001 to 2005.
2001-2002 at Rongufiirudo ロングフィールド
2003-2005 at Darwin Record.
They created 4 albums :
GNOSIS (release date : June, 10th, 2001)
Living dead 0 (live album) release date Dec, 23rd, 2003
Le Grand Guignol (release date Feb, 14th, 2004
SONG COLLECTION (a best-of album) release date Aug, 28th, 2018.
2 video-tapes :
Heavenly blue (release date Sept, 29th, 2001)
Gather roses (release date July, 14th, 2002).
1 DVD :
Le Grand Guignol -peindre- (May, 31st, 2004).
DK was born on August, 29th, 1978 (Virgo).
In 1994, she won the contest named Jûnon Super "Boy". It's rumoured she won the contest because of her outfit, considered inappropriate by the jury : a pink dress.
In August 1998, she also got involved in another contest : Daiichi Kindaichi shônen no jikenbo.
From October 1995 until March 1996, she's quite active in a tv show called Black Out.