I found out recently that the members of L'Arc~en~Ciel get extremely pissed when people say they are/ever were Visual Kei. But then if this isn't Visual what is?


They were even in a Visual Style Magazine see:


So if they weren't Visual Kei then what exactly were they???

Visual Kei: Term used to describe certain rock bands in Japan that dress in elaborate (often goth/punk-influenced) outfits while performing. Their look is as important (sometimes moreso) as their sound and cross-dressing, lots of make-up and crazy hair styles are not uncommon.

They seem to fit the code and yet they insist they were never Visual Kei. So then, what were they???
Y

I myself wouldn't exactly call that visual Kei. It is sort of visual, but not as crazy to call them a visual kei band lol. Luna Sea for example are catagorised as a visual kei band, but I don't really think so. Also L'arc~en~ciel are like the Pillows and Black Horn, their music is more important than their looks. I have their discography and think that all songs have that sort of feel.

That's just a rumor started about Tetsu and the whole him stopping a show and walking off stage, yada yada, after the host called him visual kei. Laruku could care less if you called them visual kei, they'd probably just correct you and say that they weren't. They did used to be a bit visual back in the day, but the overall look wasn't what I think of when I think of visual kei. It was just kind of, um, girly. Hyde usually wore flowy things and Tetsu wore kind of zany things, Sakura wasn't very visual (besides the paint on his face), and Ken varied, but his style was typical 'pretty boy' back in the day. As an entire band, they've never had a complete visual look. For some photo shoots they did, but usually they didn't as a whole, ya know.

Um, well, I would call that Visual Kei.. Just my opinion, I guess..
But I mean, look at that hair!

This screams Visual Kei to me.. 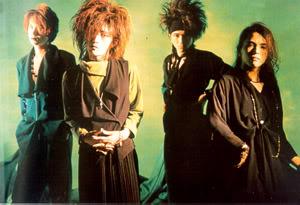 As for LUNA SEA, I would say they were Visual, too.. Definitely in the old days. 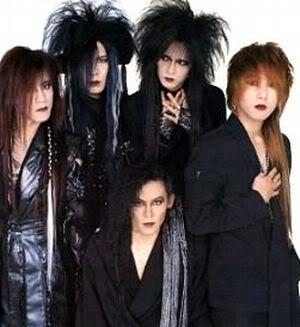 Yeah, they do look WAY Visual Kei in that pic.
And it's not that I'd call them hard core Visual Kei or anything like that and I'm not saying their looks come before their music either. It just confusses me because they were definitly Visual maybe not Visual Kei exactly but yeah.
And I had heard it was more then just that one incedent. I think it's come up in interviews as well. But then I'm not 100% sure.
D

They didn't usually look like that though, just for some photo shoots they did for the whole visual thing. Plus, that picture looks so wanna-be visual kei to me, haha. Their outfits look like something you just get from the old woman's section at an department store, haha. For a typical show, Hyde look girly, Tetsu tried to look girly but he just looked zany (that's the only word I can think of to use for him), Sakura usually in all black, and Ken trying to look sexy. That's the Laruku that I always think of when I think of the old days.

From some stuff from Tetsu's biography and all of the interviews and stuff, it seems like any accounts of the whole Laruku hating visual kei thing is internet rumors/ over-exaggeration. That's just what I think though from reading through stuff on the Laruku pieces forum.

Edited to add photo:
This is what I think of when I think typical old-school Laruku, and this was the era when people would call them visual kei a lot, but they really weren't at all. From fools mate, September 1995- 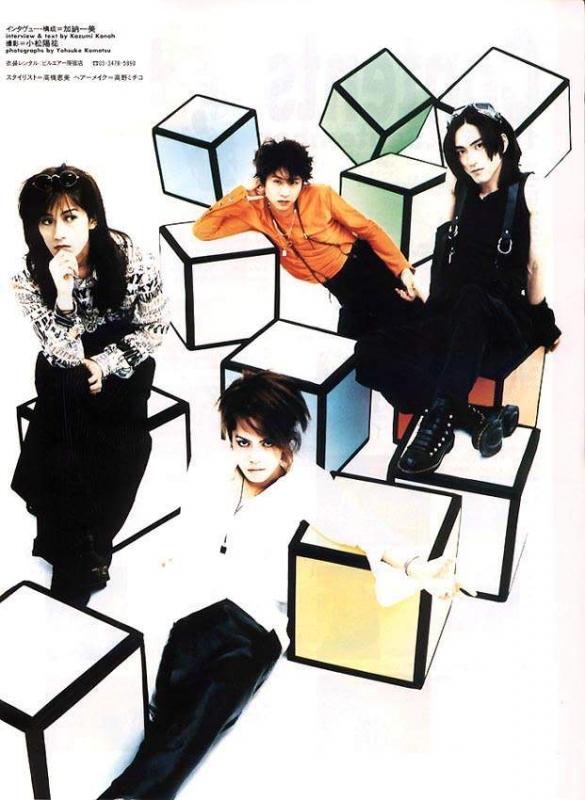 Now, when you go back further than that with Laruku, you get into the real flowy haired Hyde with the flowy white outfits and such and pointy haired Sakura, but still not typical visual kei. Kinda like these- 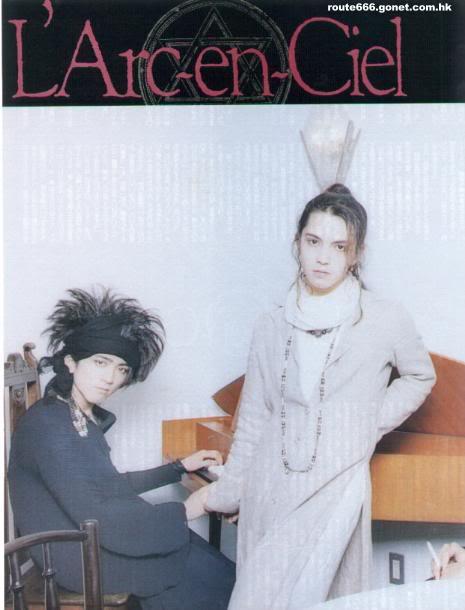 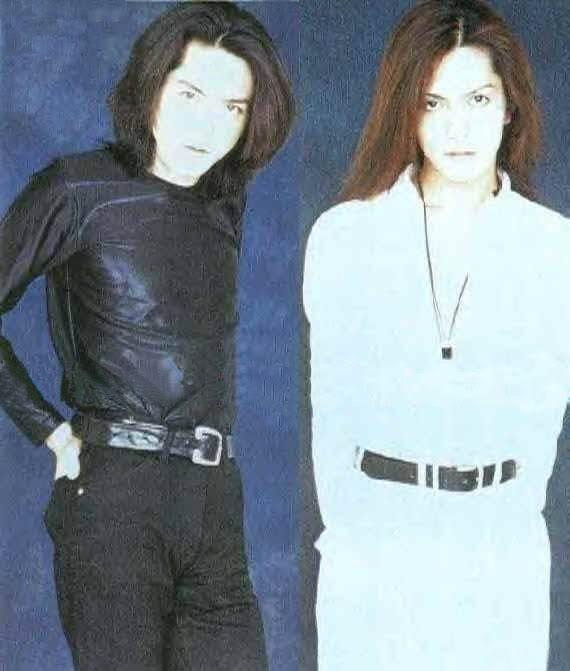 I dunno, they're just not vk to me. Kinda like girly and unique, but not really vk. I think they're visual, but not visual kei, visual in another way than a typical visual-kei group. They kind of looked like rockstars, who in essence are always going to be 'visual' just not visual kei. Their music seals the deal for me in that it really doesn't sound like the stereotypical sound of a vk band either. I dunno, just my opinion on the matter. Maybe I'm wrong though, is there a definition to visual kei?
Last edited: 5 Jan 2006

i think the were defeninatyly vk, hardcore or not.
tough most of the starting bands do, either for the atention or either cause
the think it defines the band. I think laraku did the first thing.

I don't know if it was for attention per say. Even though they were smart about it. One of the reasons most people don't think of them as Visual Kei is 'cause they wore a lot of white at a time when Visual Kei Artists were wearing black. Which was a very smart thing to do, weither it was just for attention or not...well, I tend to say not but I could be wrong.

sunsweet said:
They kind of looked like rockstars, who in essence are always going to be 'visual' just not visual kei.
Click to expand...

There's an element of 'visualness' in most rock bands of any nationality (think old-style glam rock and its derivatives). Japanese bands have a particular, unique take on that, but essentially for all musicians across the globe it's the same mixture of motivations - 'attention-seeking'/publicity in its most positive form, together with a genuine sense of fun and/or enjoyment of matters theatrical (with an awareness of how that contributes to the overall audience experience of the band's performances).

And Laruku - vk or not vk? I really don't know!

I don't think it matters.


sunsweet said:
Their outfits look like something you just get from the old woman's section at an department store
Click to expand...

When you look closely, quite a few j-rockers' outfits look like that, don't they? Haha. I might have to look at old-lady clothes a bit more closely in future. *beady eyes*
S

It is a difference between a Visual Band and a Visual Kei Band... L'arc en ciel was a Visual band at first, but as they knew they were good enough, they didn't need that look anymore, hahahaha.

Luna Sea was also a Visual Band, as many of the Extasy records bands were (you know, they must have their boss Yoshiki happy )

Visual bands appeared with bands as Shock, Murbas and Visual Scandal in 1979-1980.

Visual Kei bands appeared with Mana and Malice Mizer... he made a 360ﾂｰ twist to the original purpose of Visual Bands, and made it a whole business (sadly)