As the opening panel of these pages states, the name is not a criticism, it's just snappy sounding. Comments and criticisms welcome... though it's unlikely I'll be re-drawing it. 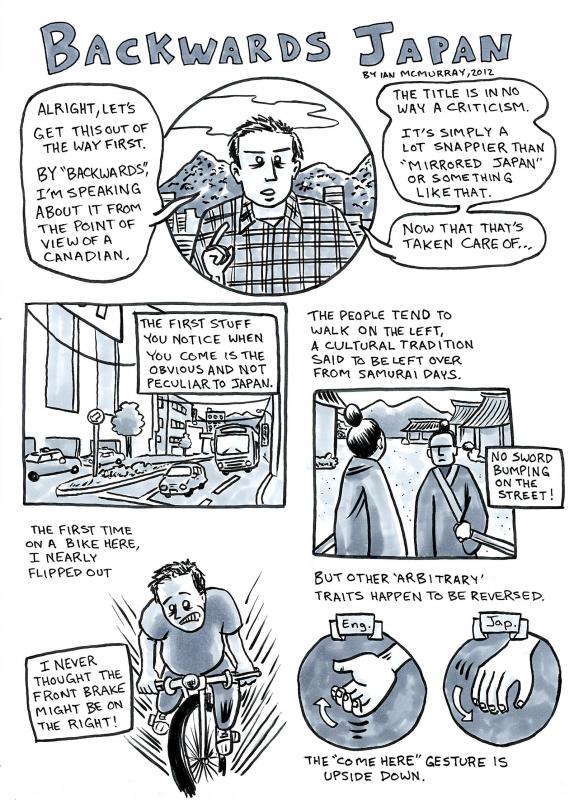 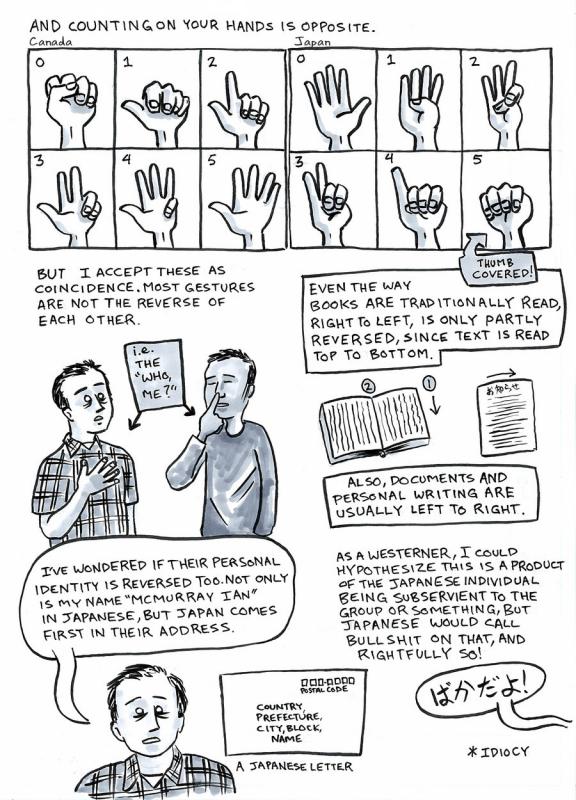 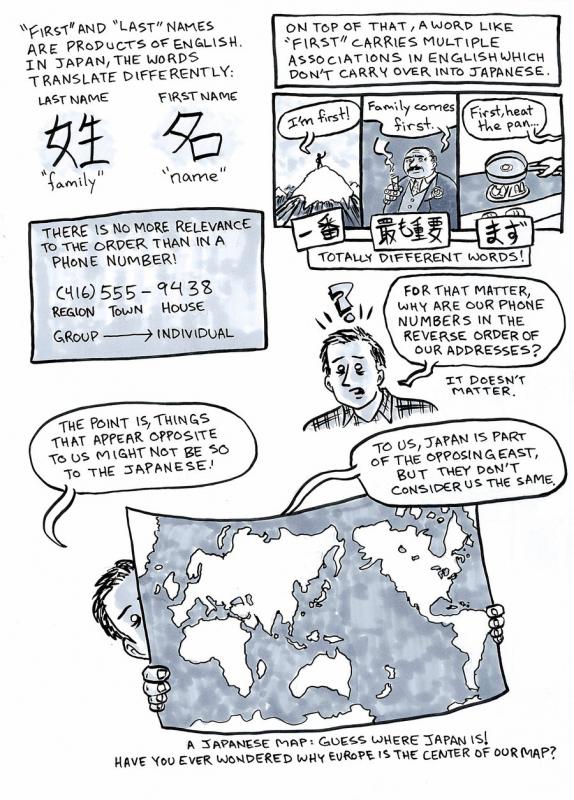 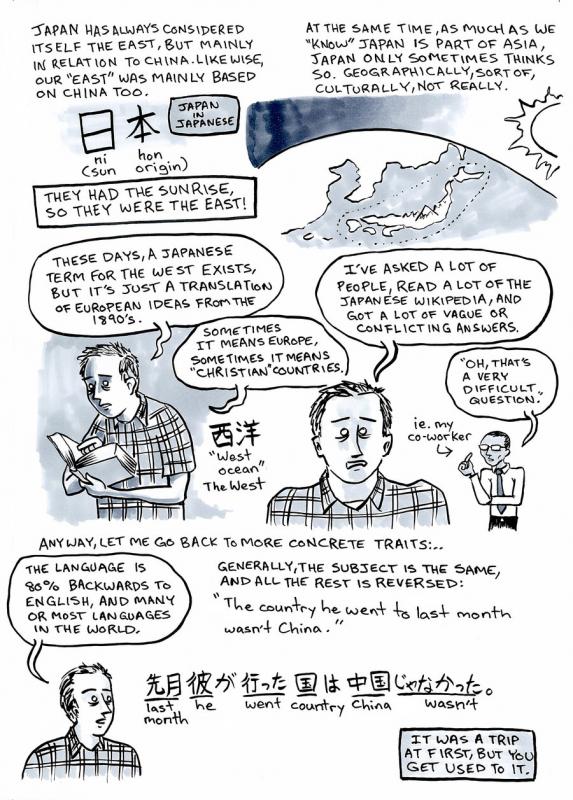 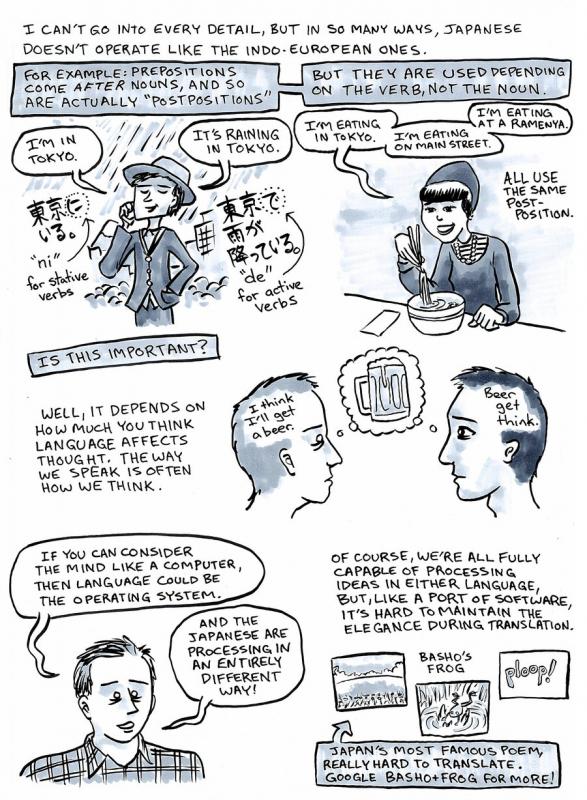 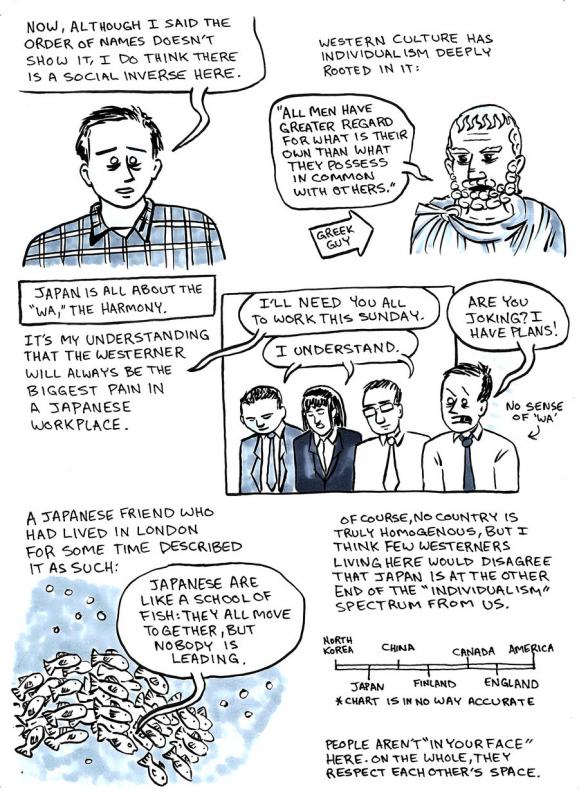 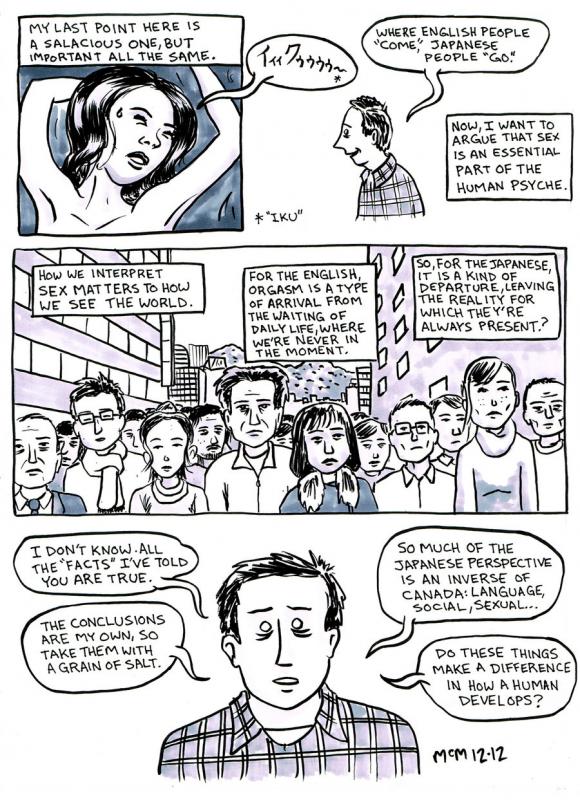 It felt weird reading the bits from left to right. My eyes wanted to go the other way.

I remember my first day in Japan as a bit shocking(1970). On the bus from the airport to the base , out the window, I saw an ol mamasan squat and pee beside the road. Not much farther down , a man was peeing against a telephone pole. I thought how friendly everyone was , all saying Hai to me. I almost fainted at base when a mamasan came into the shower to clean while I was nude. Went crazy about after 10PM TV shows that had nudity. Learning to drive on the other side of the road and shift left handed took a while. I darn near starved when off base until I found a American style hotel with a restaurant.My strange eating habbits of hateing vegatables, rice , and fish , and noodles did not fit in too well.