A Japanese Illustrated History of America (1861): Features George Washington Punching Tigers, John Adams Slaying Snakes & Other Fantastic Scenes | Open Culture
"The founding of the United States, as Kanagaki and Utagawa saw it, seems to have required the defeat of many a fearsome beast, including a giant snake that eats Adams' mother and against which Adams must then team up with an eagle to slay. What truth we can find here may be metaphorical in nature: even in the mid-19th century, the world still saw America as a vast, wild continent just waiting to enrich those brave and strong enough to subdue it. Global interest in the still-new republic also ran particularly high at that time, as evidenced by the popularity of publications like Alexis de Tocqueville's Democracy in America (which still offers an insightful outsider's perspective on America), first published in 1835 and 1840."

Excellent find, @salyavin ! I found the blog entry below and have meant to post it for a long time:

Unfortunately, I forgot the source of the synopsis below:

The story starts with Christopher Columbus asking for some ships, then discovers the new land. Fast forward to the birth of George Washington living in this new land without a king. There is the Goddess of America (or Martha Washinton) with the shining jewel of the Americas. She is kidnapped by pirates, George Washington arrives as a sea monster, attacks the pirates. He defeats the sea monster dispensing mercy towards the pirates. He takes her to his home. He hears the word of a monster and goes off to fight it. He defeats the monster, returns home to find some bandits trying to kidnap the Goddess. The bandits are under orders of Ben Franklin, after a test of strength George and Franklin become blood-brothers (very much like the Oath of the Peach Orchard of the Romance of the Three Kingdoms) and go on to fight more monsters and bandits with the aid of Adams (he gets to fight a massive snake that kidnapped his mother with the "American Eagle" s his travelling buddy). Then, George marries the Goddess, becomes "King of Americas", and they all lived happily ever after.
Click to expand...

Quite obviously, learning "history" through manga is not a new thing. 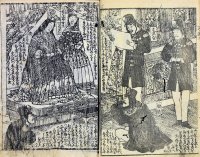 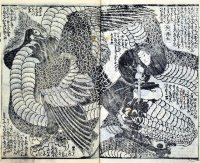 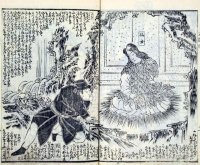 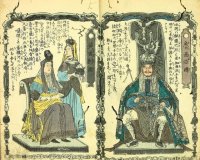 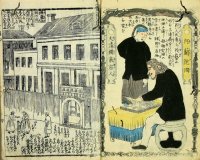 China and the Netherlands 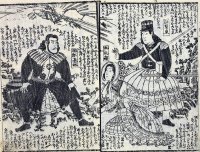 The US and France

C
Nisei Legacy: A History of A Japanese American Family Through Photography

History Best Japanese History books to compliment each other? (Ancient and Modern Japan)