The Shichiken Furinbizan Junma has hints of porridge with nectarine jam, off-dry with refreshing acidity and texture like tweed; very tidy but flavorful umami fills the mouth releasing oats and nuts before a dry finish.

The Shichiken Furinbizan Junmai (七賢 風凛美山 純米) is named after the beauty of the nearby Mount Kaikoma. Hints of porridge with nectarine jam. Off-dry with refreshing acidity and texture like tweed. Very tidy but flavorful umami fills the mouth releasing oats and nuts before a dry finish. Delicious at any temperature but warm up to unleash even more flavour. The brewery recommends pairing it with yakitori, sauteed dishes, roast chicken or sardines. 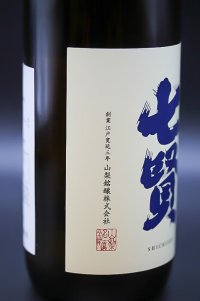 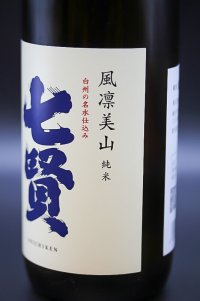 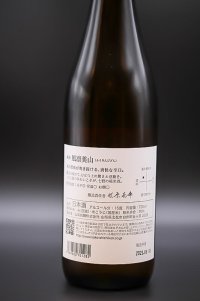 Brewing sake in harmony with the pristine waters of Hakushu to resonate with you. Through an original series of exquisite sparkling sake, Shichiken embarks on a new era of sake brewing.Shichiken,Yamanashi Meijo Inc.

The brewery calls it hints of porridge with nectarine jam; to me, it was grapes with sweetish overtones. It has a slight tartness and finishes with a dry and spicy endnote. So far, all the Shichiken we have tried were highly satisfactory.
Upvote 0
Read more…