The Urakasumi Sozoro Junmai is a well-balanced Junmai-shu, with a refreshing and delicious rice flavour.

The Urakasumi Sozoro Junmai (浦霞 そぞろ 純米酒) is a well-balanced Junmai-shu, with a refreshing and delicious rice flavour. This sake is named after Rui Yoshida (吉田類氏), a TV celebrity who has travelled around Japan to promote sake. The name Sozoro (そぞろ) derives from a haiku written by Mr Yoshida. He imagined drinking Urakasumi on a pleasure boat between Matsushima and Shiogama and enjoying the spectacular view of Matsushima under the moonlit sky. 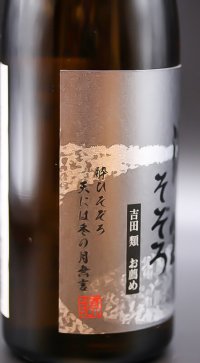 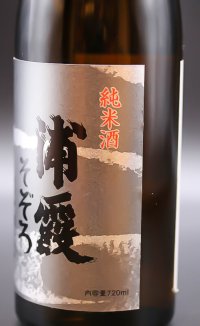 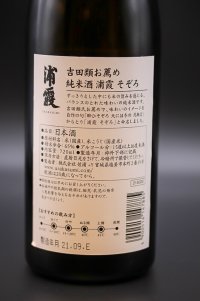 Saura Brewery is located in Shiogama City in Miyagi Prefecture. The first generation of the Saura family, Tomiemon Saura, initially operated a koji manufacturing business, but he began brewing sake in 1724. Later, the brewery provided sake to Shiogama Shrine, the oldest shrine in Oshu with a history of over 1000 years, which was revered by Date Masamune, Sendai's feudal lord and head of the Date clan. Since then, Urakasumi has been brewing this sacred sake called Omiki. Initially, sake was brewed under brand names such as "Yakumo," "Tomimasamune," and "Miyagiichi." The phrase "Urakasumi" was taken from an ancient poem written by Minamoto no Sanetomo in the early 13th century describing the beauty of spring in Shiogama Bay. The brewery is now run by Saura Kōichi (佐浦弘一) in the 13th generation.

Brewery tours are available on weekdays but need to be reserved one week in advance.