Yorozuya's Shunnōten Natsuzake Junmai Namachozōshu is made of domestic rice milled down to 63% and has a refreshing taste perfect for hot days.
Overview Reviews (1) Gallery
Leave a rating 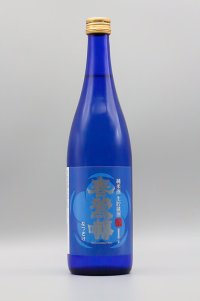 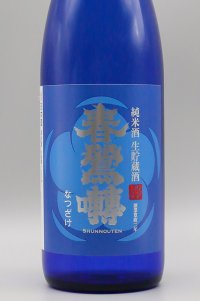 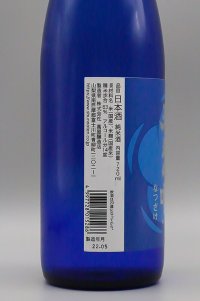 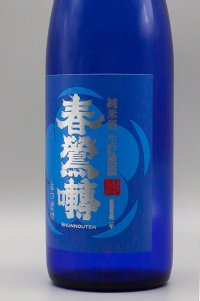 The brewery, located in Fujikawa, Yamanashi Prefecture, was founded in 1790 by Yorozuya Hachigorō (萬屋八五郎). The history and culture of Fujikawa are deeply related to the brewery's birth. The town flourished as a boat station on the Fuji river route between Shizuoka and Kōshu (modern-day Yamanashi). The river's proximity attracted many sake breweries, including Yorozuya, to start their business in the area. Since 1790, the sake has been sold under the label "Ichiriki Masamune" (一力正宗), but the sixth-generation head of the Yorozuya, Min (旻) - deeply impressed by a poem - changed the name to Shunnōten (春鶯囀), used to this day.

In June 2001, the brewery opened its Gallery Rokusai (ギャラリー六斎) on the premises of a 150-year-old former brewery building. The old brewery was a miso brewery and a general store selling miso and soy sauce. Most of the buildings at Yorozuya Brewery are over 100 years old. Gallery Rokusai, the courtyard next door, and the main building were all built in the Meiji era.
Share:
Facebook Twitter Reddit Pinterest Tumblr WhatsApp Email Share Link

Shunnoten releases "seasonal sake", and we have already had the pleasure of tasting their spring release, haruzake. Their natsuzake is quite clear and shows a colouration of pale straw. It has a nose of fresh rice and alcohol with hints of dried fruit. It is well-rounded and slightly sweet. It is medium-dry on the palate, rich with a pleasant honey-like sweetness and a moderate acidity that melt into an alcoholic spiciness and a refreshing finish. It is recommended to enjoy it chilled—the perfect sake for a hot summer evening.