The Zaku Ise-Shima Concept is a junmai ginjō-shu made of Kaminoho rice milled down to 55% with a calm yet gorgeous taste. The Shimizu Seizaburō Shōten Zaku Ise-Shima Concept (清水清三郎商店 作 伊勢志摩コンセプト) is a junmai ginjō-shu made of Kaminoho rice produced in Mie Prefecture. Milled down to 55%, it uses the clear underground water of the Suzuka Mountains as brewing water. The Ise-Shima Concept features a gorgeous and calm aroma and a richly enveloping taste. It has a low alcohol content of 13%. The brewery recommends pairing its refreshing and crisp taste with seafood such as torosawara (Spanish mackerel), Ise sea bream, Ise lobster and abalone. 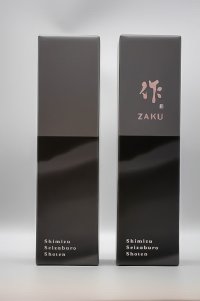 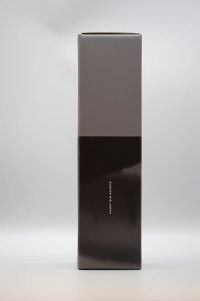 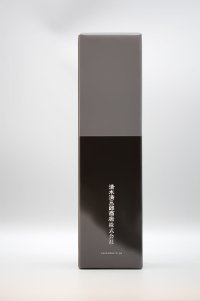 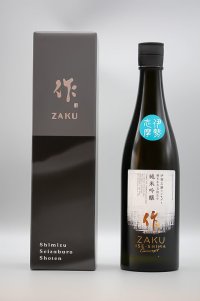 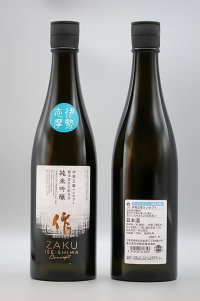 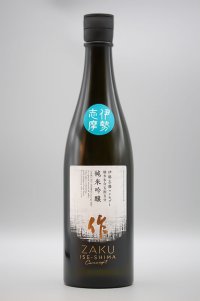 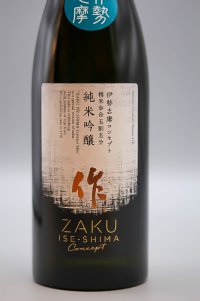 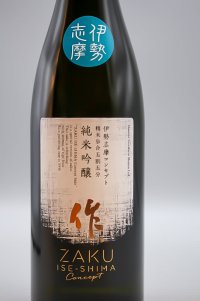 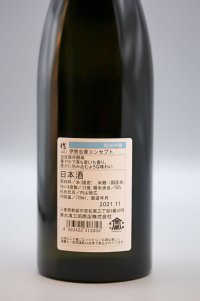 Shimizu Seizaburō Shōten was founded in 1869 in the village of Wakamatsu, Suzuka, Mie Prefecture.

Suzuka has long been known as Umasake Suzuka-no-kuni (味酒鈴鹿國, the land of delicious sake) because of the delectable sake it brews. An old book called, the Yamato-hime-no-Mikoto-no-Seiki (倭姫命世紀), describes the journey of Yamato-hime-no-Mikoto to Ise-jingū. She was ordered by Amaterasu-ōmikami (天照大御神) to find a place to settle down. In one of the passages, the phrase "I come from Umasake Suzuka-kuni" (私は味酒鈴鹿国から来た) is mentioned. Umasake has become an epithet for Suzuka, suggesting that the word has been widely known since ancient times.

The climate of Suzuka is very favourable for sake brewing. The limpid subsoil water from the Suzuka Mountains flows into the vast Ise Plain, where good quality rice is grown. Since ancient times, this rice and water have made it possible to brew delicious sake. Every year at Kawamata Shrine in the Suzuka River basin, a sake festival is held.

Sublime, among our Top 10

"Zaku" is one of the brands of Shimizu Seizaburo Shoten, a brewery located in Suzuka, a town usually more associated with Formula 1 than with sake. Most likely, the Ise-Shima Concept sake was created to commemorate the G7 Ise-Shima Summit held in 2016; while the label doesn't mention the rice used, the brewery's website states that they use Kaminohana, a relatively new type of rice produced in Mie Prefecture, polished down to 55%.

It has a very noticeable fruity aroma (strawberry and pineapple), its nose can be described as firm and sweet. The Ise-Shima Concept is quite sweet; however, the alcohol taste and pungency become more pronounced as the temperature of the sake rises. It has a full flavour with notes of pineapple and a slightly bitter mouthfeel. Crisp and spicy finish with a sweet aftertaste.

I bought two of them by accident and couldn't be happier.
Upvote 0
Read more…