Very pleasant ginjo aroma, with a hint of sweetness and a slight sharpness, gentle, clean and elegant.

The brewery describes the Nanbu Bijin Junmai Ginjō (南部美人純米吟醸) as its mainstay, along with its Tokubetsu Junmai. It has a pleasant ginjō aroma, with a hint of sweetness and goodness from the rice. It is also sharp, gentle, clean and elegant. It is a perfect match for elegant Japanese cuisine.

The kōji is made of Ginotome sake rice (milled down to 50%), the kakemai is made of Miyamanishiki sake rice (50% polished). Made with subsoil water from Orizumebasenkyo in Iwate Prefectural Natural Park (water of low to medium calcium content) and M310 yeast. 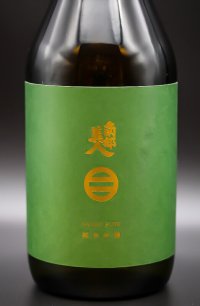 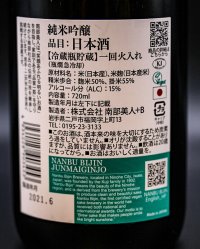 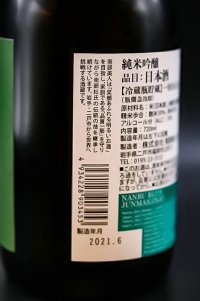 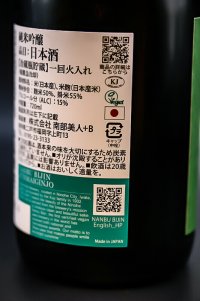 A dream of a Junmai Ginjo!

This bottle was our second sake from Nanbu Bijin, and it hasn't disappointed - on the contrary. Very fruity nose with sweet overtones, mild and elegant body, sweet with a tender creaminess, mildly spicy finish. It took some effort not to finish this bottle in one sitting. We are very fond of the brewery and have more of their sake varieties in the pipeline.
Upvote 0
Read more…