Keiryū Asashibori Junmai Ginjō Nama Genshu (渓流 朝しぼり 純米吟醸 生原酒) is a limited edition made of Miyamanishiki milled to 59%. Asashibori means "brewed in the morning". It draws out the gorgeous aroma and flavour unique to ginjō sake. The crisp mouthfeel transforms into a soft sweetness palatable from the tongue to the nasal cavity. Recommended consuming chilled or on the rocks. 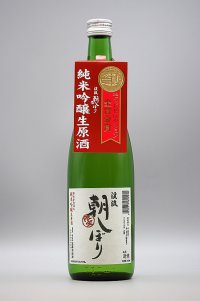 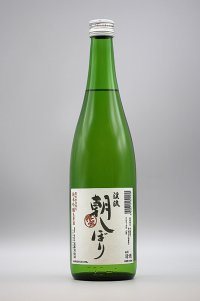 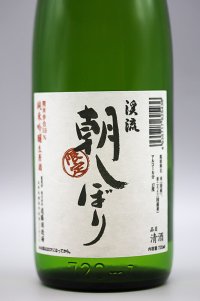 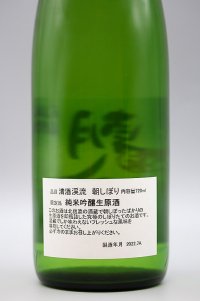 Located in Suzaka, Nagano Prefecture, the brewery was founded in 1864 for the local Suzaka clan and began to supply sake to the clan's head. Since then, from the second to the fifth generation, we have inherited the intention of the first brewer, Endo Tokusaburo (遠藤徳三郎), to make delicious sake and continue to make sake to brew and nurture. Although our leading brand, "Yoro Masamune", has been awarded the Medal with Yellow Ribbon, we could not take advantage of the sake boom in the 1970s, and as a small brewery, Endo struggled to keep their quality. In 1982, the sixth generation, Endo Shuzaburo (遠藤秀三郎), became the head of the brewery at the young age of 21. At this time, there were only three employees. While starting to improve existing products, the brewery launched one of its leading brands, "Keiryū", in 1988. This was followed by new brands, including the still popular Asashibori, Domuroku, Naotora and Comet.

This is another gentei (限定), a limited edition, from Endo Brewery, an asashibori ("morning squeeze"), as opposed to the hatsushibori ("first squeeze") we reviewed earlier. it has a fruity nose of grapes, dates and dried fruit. Highly aromatic, viscous, and great umami with a pleasant sweetness and nice bitterness in the rear palate. Very spicy finish.
Upvote 0
Read more…