Fukucho Tokubetsu Junmai Shiboritate is the first press of the year and directly bottled; it has the characteristics of namazake. 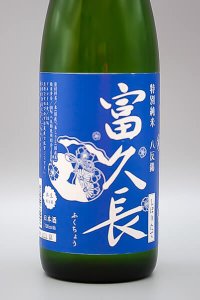 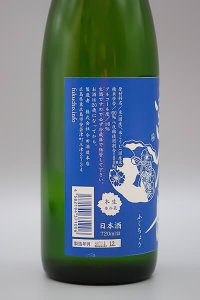 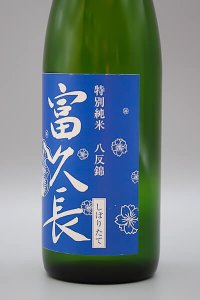 Imada Brewery is located in Akitsu, Higashi-Hiroshima, facing the Seto Inland Sea and was founded in 1868. Hiroshima is one of Japan's top regions of sake production, the prefecture ranks among the top six in terms of annual sake production. The region is famous for its soft water and its smooth sake with a solid, lively fragrance. The brewery is run in the fifth generation by Imada Miho (今田美穂), one of the few female tōji (brewmaster) in Japan. She learned the trade from her father, Imada Yukinao but also enrolled in the National Research Institute of Brewing and later graduated from Meiji University's law faculty. After working for the cultural activities section in a Tokyo department store, she returned to Hiroshima and took over the brewery. In 2020, the BBC included her in their list of the world's 100 influential women of the year. While there's plenty of information available on Imada's junmai shiboritate, I wasn't able to find anything educating on their tokubetsu junmai shiboritate. I assume it's either a limited edition or it just came with an old label. We order a lot of our nihonshu through our local co-op (生協), and they always furnish us with sake gems we cannot find elsewhere.

This is one of their gems: a "freshly pressed" shiboritate, very nama: it has a refreshing nose of kōji and fungi and a very distinctive alcoholic flavour. Being the first press, it's mildly sparkling; tingles of kōji with a mild pungency. A sensational finish of fizzy spiciness: a very refreshing, stimulating, and elegant aftertaste.

All the wonderful fizziness had vanished on the second day of degustation.
Upvote 0
Read more…