A typical hiyaoroshi autumn sake, refreshing with a crisp finish. 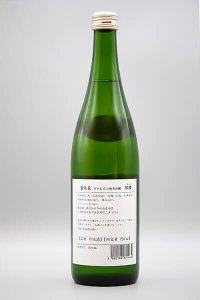 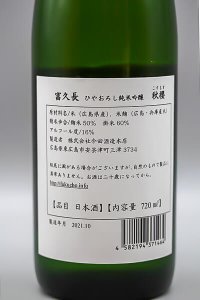 Imada Brewery is located in Akitsu, Higashi-Hiroshima, facing the Seto Inland Sea and was founded in 1868. Hiroshima is one of Japan's top regions of sake production; the prefecture ranks among the top six in terms of annual sake production. The region is famous for its soft water and its smooth sake with a solid, lively fragrance. The brewery is run in the fifth generation by Imada Miho (今田美穂), one of the few female tōji (brewmaster) in Japan. She learned the trade from her father, Imada Yukinao but also enrolled in the National Research Institute of Brewing and later graduated from Meiji University's law faculty. After working for the cultural activities section in a Tokyo department store, she returned to Hiroshima and took over the brewery. In 2020, the BBC included her in their list of the world's 100 influential women of the year. This wasn't our first Fukucho; however, the Cosmos convinced us that Imada Miho deserves her accolades. The Akisakura is a hiyaoroshi, an autumn sake, made in spring that has matured over the summer. It has a sublimely fruity nose reminiscent of pineapple with floral notes. Fruity and umami it has a crisp and mildly sour finish. A marvellous autumn brew.
Upvote 0
Read more…