A light elegant junmai daiginjō made from the waters of the Kurobe River in Toyama.

Ginban Banshu 50 Junmai Daiginjō (銀盤 純米大吟醸 播州50) is an exquisite and affordable premium sake from Toyama Prefecture. The brewery describes it as a daiginjō with a moderate aroma, full-bodied and full-flavoured. Although the website states that it is produced of Yamada Nishiki rice, the label states "domestic rice" polished down to 50 per cent. 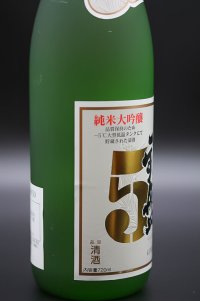 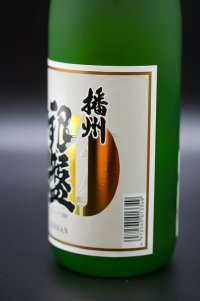 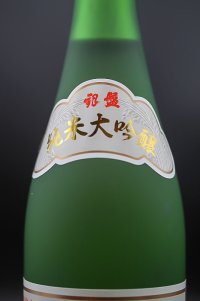 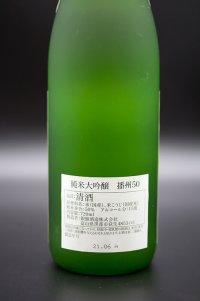 Ginban Brewery is located in Kurobe City, Toyama Prefecture, in a scenic natural environment overlooking the Kurobe Gorge in the Northern Alps. Sake brewing started in September 1897 in Ogyu Village (荻生), where sake had been produced since ancient times. Ginban Brewery was formally set up in 1910. The Kurobe River alluvial springs were selected by the Environmental Agency in 1985 as one of the 100 best water sources in Japan. Kurobe River ranks fourth in the clear stream ranking of the Ministry of Construction. Ginban Brewery has been cultivating Yoneyamada Nishiki rice from Hyōgo Prefecture, polished down with computer-controlled brewing machines and large tanks. The brewery also produces mirin, shochu, and vodka. The brewery has been awarded the "National New Sake Appraisal Gold Award" (全国新酒鑑評会金賞 Zenkoku shinshu kanpyōkai kinshō) 26 times.
Share:
Facebook Twitter Reddit Pinterest Tumblr WhatsApp Email Share Link

A fruity nose reminiscent of green apples and a hint of pineapple. A touch of tanrei, sweetish at first taste, mild and elegant. Very easy to drink. It was hard not to finish the bottle in one sitting.
Upvote 0
Read more…