Fukumitsuya Fukumasamune Kinpaku is a dry junmai-shu with a fine texture and a light richness complemented with pure gold leaf. Fukumitsuya Fukumasamune Kinpaku (福光屋-福正宗-特撰純金箔入純米酒) is a dry junmai-shu with a fine texture and a light richness complemented with pure gold leaf cultivated in the tradition and climate of Kanazawa, the capital of Ishikawa Prefecture that produces 99% of Japan's gold leaf. The Kinpaku is a sake presented as a gift on occasions such as New Year and other celebrations. 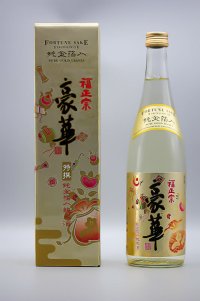 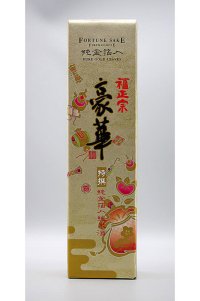 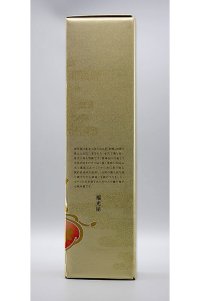 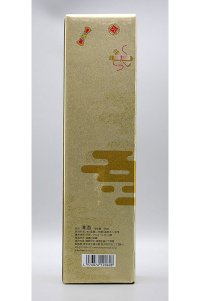 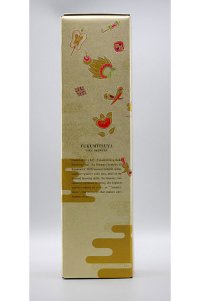 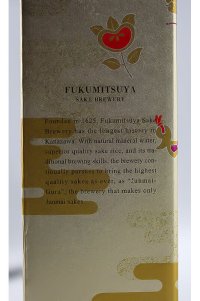 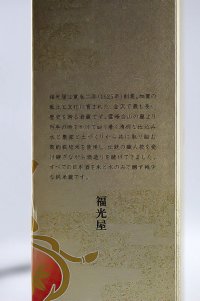 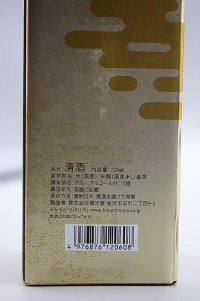 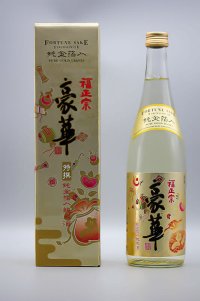 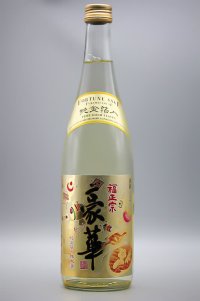 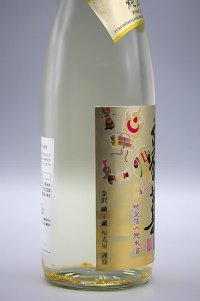 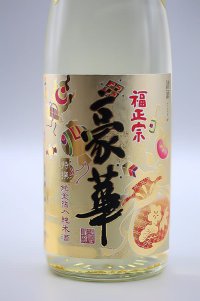 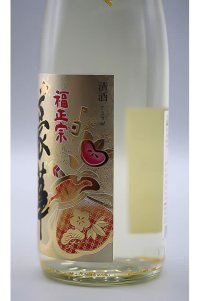 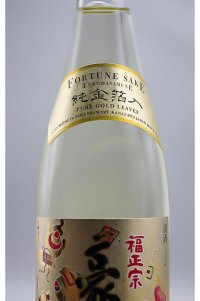 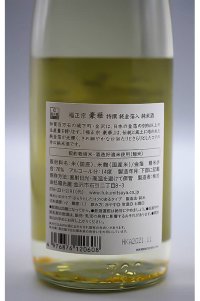 Fukumitsuya Sake Brewery is located in Kanazawa, Ishikawa Prefecture. It was founded in 1625. The culture of Kanazawa flourished during the Edo period when the capital of Kaga Province became famous for its craftsmanship in kimono, gold beating, lacquer craft and ceramics. The town, surrounded by the sea and mountains, has also enjoyed rich food culture. Today, it is known as a modern city with a history of old traditional Japanese culture appreciated to this day.

Fukumitsuya is known as a junmai-gura, a brewery specialising in junmai sake.

Fukumitsu Hiromu, the 12th-generation owner of the brewery, had always wondered why there was no such thing as aged sake. He visited the most renowned wine regions in Europe and returned home believing that ageing should be a critical factor in sake culture to achieve greater appreciation. In 1959, he started researching long-term aged sake, exploring how different types of sake rice and the fermentation process affect ageing. Through this unprecedented initiative, "Three-Year Aged Fukumasamune Old" was born in 1969. The 13th owner, Fukumitsu Matsutaro, took on Fukumitsuya's challenge. The brewery established two different ageing process types: "Nojuku", which is aged at room temperatures, and the other is "Tanjuku", cellared at low temperatures. This approach led to the launch of high-quality aged sake brands, "Momotose" and "Mizuho" in 1994 and "Hatsugokoro" in 1996.
Share:
Facebook Twitter Reddit Pinterest Tumblr WhatsApp Email Share Link