The Asabiraki Junmai Daiginjō is brewed in the Nanbu style, known for its gorgeous aroma, delicious rice flavour and spicy finish. Asabiraki Junmai Daiginjō (あさ開 純米大吟醸) is made of domestic rice milled down to 50% and was crafted by nanbu tōji Fujio Masahiko (藤尾正彦), using Daijishimizu (大慈清水) water, selected one of the 100 best water sources of the Heisei era. This Junmai Daiginjō is brewed in the Nanbu style, known for its gorgeous aroma and delicious rice flavour. Asabiraki recommends drinking it chilled and pairing it with grilled saury, grated shirasu, cheese, and Eight-Treasure Vegetables (八宝菜 happōsai). 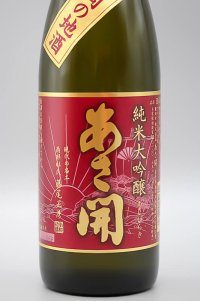 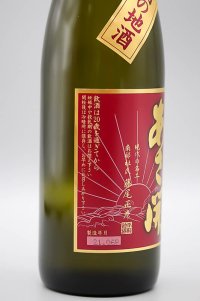 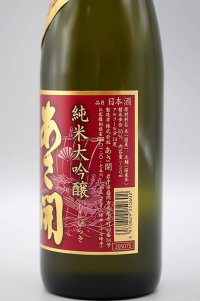 Asabiraki Brewery is located in Morioka, Iwate Prefecture. It was founded in 1871 by Murai Genzo (村井源三), a seventh-generation samurai of Nanbu Domain, who quit his samurai life and started producing sake at the present location. The name Asabiraki (あさ開) derives from an 8th-century waka poem in the Manyoshu, the oldest anthology of Japanese poetry, in which a boat leaves the harbour in the early morning. It symbolises the start of Genzo's new life as a merchant and marks the beginning of the Meiji era.

Nanbu tōji are seasoned craftsmen of the Nanbu Tōji Guild. They hail from Nanbu Domain and have honed their skills over 300 years, a technical mastery famous throughout Japan. Based on the cold Northern climate of Iwate, the Nanbu style is characterised by a well-defined aroma with a spicy finish and brewing methods employing lower temperatures and longer-term fermentation techniques.

Due to its relatively small yield, obtaining Yamada Nishiki rice in Iwate was challenging. Asabiraki decided to grow rice suitable for the climate in Iwate and, after many trials, succeeded in growing Miyamanishiki, a grain initially from Nagano. After eight more years of research, the brewery developed its brand of Iwate rice called 'Ginginga' (吟ぎんが). It is carefully milled to 50% and has a refreshing aroma and a light taste.

This is a Nambu-type junmai daiginjo. Nambu refers to the former Nanbu Domain (南部藩) in Mutsu Province (modern-day northeastern Japan) and the typical northern brewing style that results in a well-balanced aroma and intense spiciness. The Asabiraki has a fruity nose (with hints of banana, melon, and green apple). Surprisingly mild mouthfeel, moderate acidity with a slightly spicy aftertaste.
Last edited: 29 Dec 2021
Upvote 0
Read more… 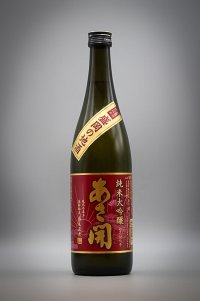 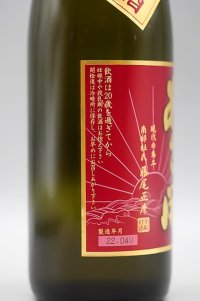