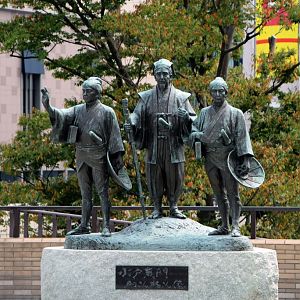 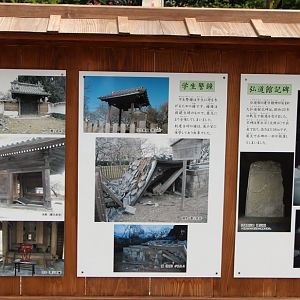 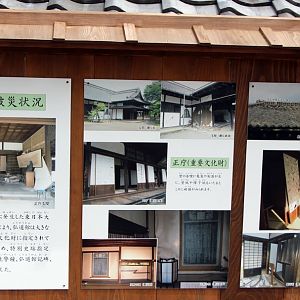 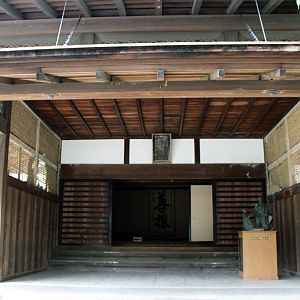 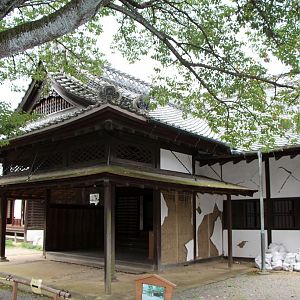 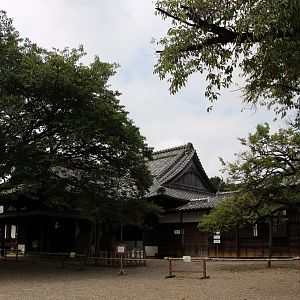 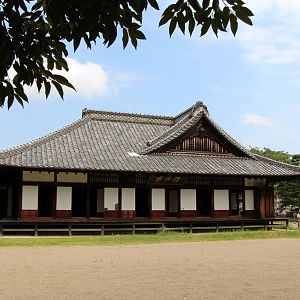 The Kodokan (弘道館) in Mito, Ibaraki Prefecture, was founded in 1841 by Tokugawa Nariaki, ninth daimyo of the Mito Domain was the largest han school in the Edo period. Its three buildings have been designated Important Cultural Properties and the school is a Special Historic Site. The buildings were severly damaged by the Tohoku Earthquake on March 11, 2011. The photo shows the kakemono inscribed 'Son-jo', an abbreviation of the contemporary slogan Sonno joi, 'Revere the Emperor, expel the foreigners'.
Click to expand...
There are no comments to display.