Journal entry Discussion
Leave a rating
Uehara-san's fascinating article on Yamanaka Castle (山中城) reminded me of sorting through the photos I had taken there years ago. It also reminded me of how much material still waits to be published here on JREF.

And while practically no castle structures other than moats remain it is a prime example of how mountain castles were constructed in the Warring States period, by making perfect use of topographical features and the surrounding terrain. What did survive the centuries was the elaborately structured dried moats, the so-called shōjibori (障子堀) or unebori (畝堀, furrowed dry moats). These "checkerboard" moats consisted of horizontal and vertical ridges that resemble shōji frames on Japanese sliding doors and prevent intruders from advancing along the bottom of the moat. Unebori with squared-off ridges are also called kakubori (角堀). Yamanaka Castle was abandoned after 1590 and serves as a perfect example of Hōjō defence structures. Moreover, the unebori have been skillfully preserved and attract a lot of castle lovers.

Yamanaka Castle was built in the Eiroku era (永禄, 1558-1570) by Hōjō Ujiyasu (北条氏康, 1515–1571) in present-day Mishima, Shizuoka Prefecture, in the mountains of Hakone. Together with Nirayama Castle and Ashigara Castle, Yamanaka Castle formed a network of fortifications that protected the Hōjō capital of Odawara. When relations between the Hōjō and Toyotomi Hideyoshi deteriorated in the late 1580s, Hōjō Ujimasa (北条氏政, 1538–1590) began to strengthen the defences of the surrounding castles, alas too little and too late: the reinforcements were not completed in time to prepare for the onslaught of Toyotomi's forces in 1590 when 68,000 troops led by Toyotomi Hidetsugu (豊臣秀次, 1568-1595) attacked the 4,000 defenders of Yamanaka Castle under Mamiya Yasutoshi (間宮康俊, 1518-1590). Yasutoshi withdrew his forces and led 200 men against Toyotomi, inflicting severe casualties, including Hitotsuyanagi Naosue (一柳直末, 1546-1590), the general in charge. However, the castle fell in only half a day as a result of a fierce and forceful attack and the enormous difference in strength, Many of the Hōjō generals and the garrison were killed. After the war, the castle was abandoned. In 1930, the castle was designated as a national historic site, and in 1973, Mishima City started to develop it as a park, and academic research was conducted at the same time. 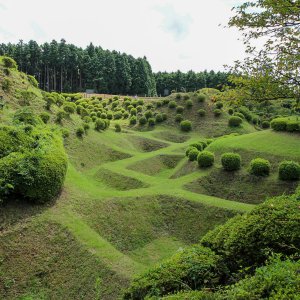 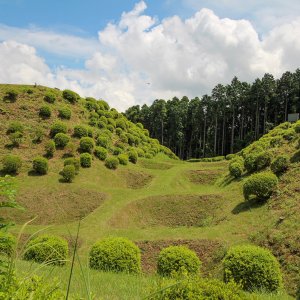 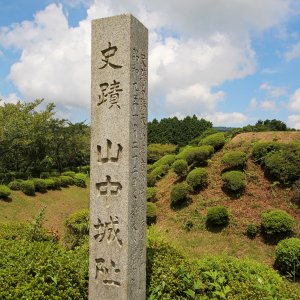 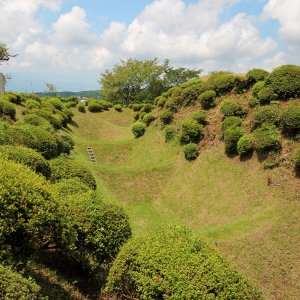 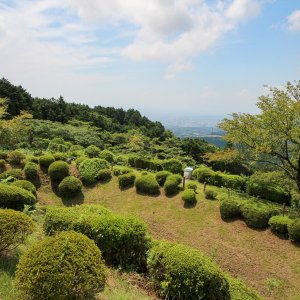 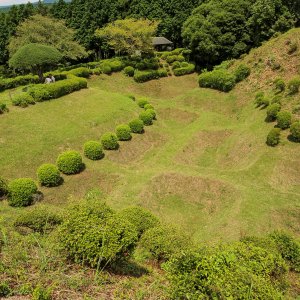 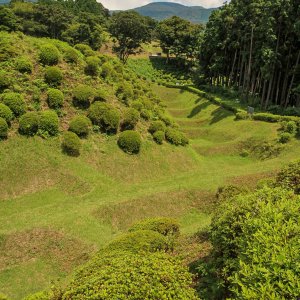 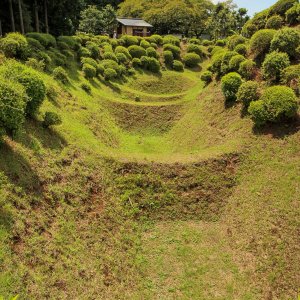 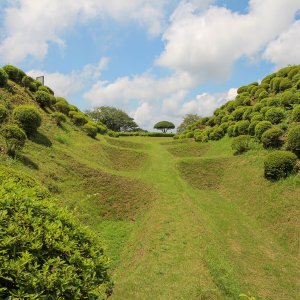