Register Log in
Article Gallery Discussion
Leave a rating
In Japan, organised crime and criminals are primarily under the control of the yakuza (ヤクザ or やくざ). According to tradition, the word "yakuza" is derived from the worst possible score in oicho-kabu (おいちょかぶ), a Japanese card game similar to blackjack or baccarat. In this game, the last digit of a player's score determines the outcome of the game. One hand resulting in a score of 20, the worst possible score, a player's final score would be zero. Among the losing combinations, the phonetic sound of an 8-9-3 sequence is ya – ku – sa.

Yakuza traditions signal their presence with tattoos, sunglasses, slicked-down hair (パンチパーマ panchi pāma, "punch perm") and frequently, missing fingers. With changes in the times, younger yakuza have adopted more conventional grooming, but the other traditions remain. In yakuza gangs, fingers are removed in a ritual called yubitsume (指詰め, lit. "finger shortening"). The reasons for yubitsume are an atonement of severe offences, punishment, or as a gesture of gratitude. Usually, the finger cutting for the first offence removes the top joint of the little finger, and the freshly chopped digit is wrapped in a cloth and ceremoniously handed to the offender's boss (親分 oyabun). Further infractions might result in the removal of the next joint of the finger. Formal expulsions from yakuza membership might also include yubitsume as a final mark of punishment.

Initially, the yakuza were thought to be itinerant gamblers (博徒 bakuto), peddlers (的屋, テキ屋 tekiya), renegade warriors and roving bandits (often referred to as kabukimono 傾奇者 or hatamoto yakko 旗本奴, masterless or wandering samurai or ronin, who were dressed in flamboyant clothing and behaved rudely and violently). They served shōgun and municipalities. Their legend includes a distinct Robin Hood quality that emerged after the Kobe Earthquake and, more recently, the Great Tōhoku Earthquake. In Kobe, the Yamaguchi-Gumi yakuza clan quickly mobilised, providing on-the-scene assistance to earthquake victims long before the national government resolved to act. Similar stories have surfaced after the Tōhoku region hit the disastrous earthquake and tsunami on 11 March 2011.

Yakuza provide a constant, central theme in Japan's popular culture and trace their origins to at least the 17th century. Therefore, among the world's criminal organisations, they are even older than the Sicilian Mafia. Yakuza strength rises and falls according to the tides of Japanese society, with estimates of the core membership of less than 60,000 (in 2014) and a peak of 184,200 members in 1963, according to Kiyoshi Nakabayashi, former head of the NPA division dealing with organised crime. Some authorities believe Japan's National Police routinely undercount the yakuza, numbering only those names found in confiscated membership rolls, or recorded from routine police intelligence reports.

Like the Sicilian Mafia and other underworld organisations, the yakuza are formed into families. Still, in Japan, other distinctions emerge, including that of the oyabun – kobun (子分; lit. "foster child") relationship, between yakuza chiefs and their underlings. They emphasise loyalty and the importance of seniority: all organisation members are expected to obey their seniors without question, sacrificing themselves without hesitation should the need arise. Yakuza culture states that all followers are teppodama (鉄砲玉, lit. "rifle ball"), bullets to be fired by their superiors. The bullet does not think for itself; it is simply aimed and released.

Arrangements between the yakuza, police, ultra-nationalists, government, political parties, and secret societies seemed to have been an accepted fact of life in Japan. The yakuza have a unique role in Japan's history and popular culture; they help provide the muscle to control labour unions. They offer anonymous services to the public for a variety of typical underworld products in vice and contraband. In the late 1960s or early 1970s, the yakuza moved into the lucrative narcotics trade and, in recent years, have stepped up their business in firearms, other contraband, and human trafficking in recent years. According to various sources, yakuza have formed alliances and working relationships with Chinese Triads, Sicilian and American Mafia, Columbian drug cartels, Jamaican Posses, and other criminal organisations throughout the world.

Yakuza are active worldwide, wherever criminal enterprises flourish. Also, Yakuza will be encountered in more significant numbers and wield greater influence wherever large communities of overseas Japan reside for work and study. The yakuza have been very skilful in the employment of intermediaries, and the absence of Japanese within a community does not mean a lack of yakuza.

Characteristics of Organised Crimes in 2007

The number of people recognised as gangsters by the Japanese police keeps declining dramatically. In 2013, their number fell below 60,000 for the first time, to precisely 58,600. In 2018, that number almost halved to 30,500 amid an ongoing police crackdown on organised crime. The number of crime syndicate members and associates investigated in crime cases by police reached 16,881 in 2018; of that figure, those suspected of violating the stimulants control law accounted for 4,569, while those who allegedly committed bodily harm stood at 2,042 and fraud stood at 1,749.

NPA officials cite the intensified crackdowns and the escalating social exclusion of members as the main reasons for the dramatic decline in mobster ranks.

This listing is based on numbers from 2016. These numbers have significantly dropped from previous years and continue to plummet. 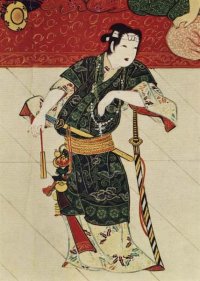 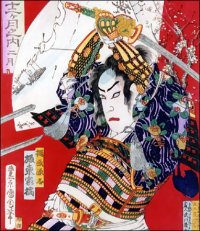 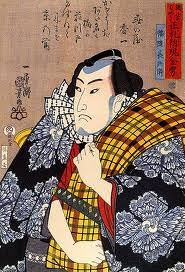 Kabukimono appeared in Japan between the end of the Muromachi era and the beginning of the Edo period. Kabukimono is often translated into English as 'strange things' or 'the crazy ones'. They were masterless or wandering samurai or ronin, or men who had once worked for samurai families who formed gangs during times of peace, formed gangs. 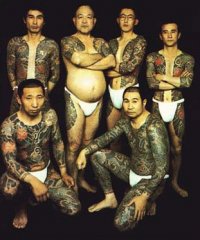 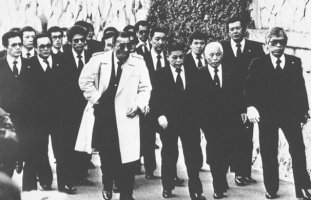 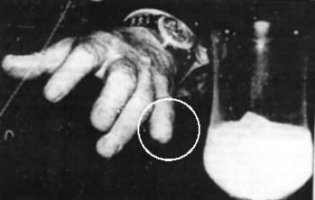 Yubitsume ('finger shortening') is a Japanese ritual to atone for offences to another, a way to be punished or to show sincere apology. 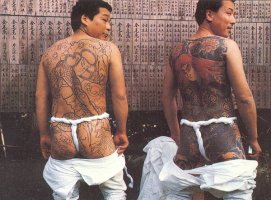 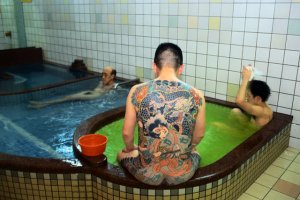 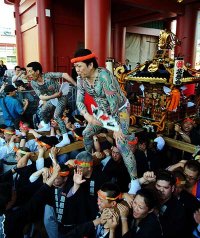 Yakuza often participate in local festivals such as Sanja Matsuri, where they often carry the shrine through the streets proudly showing off their elaborate tattoos. 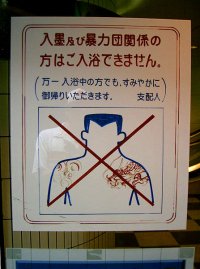 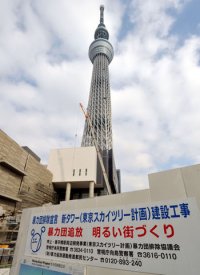