Register Log in
Article Gallery Discussion
Leave a rating
Toba Castle (鳥羽城 Toba-jō) is a flatland-style castle located in Toba, Mie Prefecture. Throughout the Edo period, Toba Castle was the administrative centre of the Toba Domain in Shima Province. It was also known as Toba no Ukijō (鳥羽の浮城, Floating Castle of Toba) as its main gate jutted out into the sea, and Nishikijō (二色城, Castle of Two Colours) because the side facing Ise Bay was painted black while the side facing the mountain was white. The site is designated a historical site of Mie Prefecture. 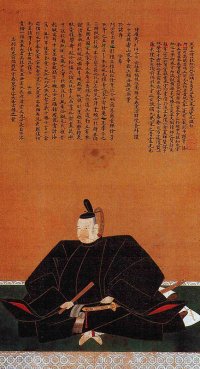 Kuki Yoshitaka (九鬼嘉隆, 1552-1600)
It is said that in the Kamakura period, the castle grounds had been the residence of a local clan. During the Sengoku period, most of Shima Province came under the control of Kuki Yoshitaka (九鬼嘉隆, 1552-1600), a famous naval leader, shipbuilder and a retainer of Oda Nobunaga. His fleet of armoured ships controlled maritime traffic around Ise Bay and participated in several of Nobunaga's campaigns against the Ikkō-Ikki and the Mōri clan. After Nobunaga's death, the Kuki fought on Toyotomi Hideyoshi's side and participated in the blockade of Odawara Castle in 1590 and the Korean campaign. In 1594, Yoshitaka built Toba Castle on the headland's tip and dug a moat to separate the castle from the mainland.

Later, during the Battle of Sekigahara, the Kuki clan fought on both sides, with Kuki Yoshitaka siding with the western forces loyal to Toyotomi Hideyori and his son Kuki Moritaka (九鬼守隆, 1573-1632), joining the eastern armies of Tokugawa Ieyasu. With the establishment of the Tokugawa shogunate, Kuki Moritaka was confirmed as daimyō of Toba, initially with a kokudaka of 35,000 koku, growing to 55,000 koku under his son Kuki Hisataka. The latter was transferred to Sanda Domain in Settsu Province in 1632.

In 1633, the Kuki were succeeded by Naitō Tadashige (内藤 忠重, 1586-1653), who with his descendants laid out the second and third enclosures, the Ninomaru (二ノ丸) and Sannomaru (三ノ丸), completing the complex, along with the expansion of the inner bailey, the Honmaru (本丸). Naito Tadakatsu (内藤 忠勝, 1655-1680) was forced to commit seppuku after killing fellow daimyō Nagai Naonaga. The domain then reverted to tenryō status under the direct control of the shogunate several months before it was reassigned to the Doi clan (1681-1691), the Ōgyu-Matsudaira clan (1691–1710), the Itakura clan (1710–1717), and Toda-Matsudaira clan (1717–1725). The Inagaki became lords of the castle in 1725 and remained in that position until the Meiji Restoration in 1871. During the Boshin War, Inagaki Nagayuki remained loyal to the shogunate. Only after the Tokugawa forces were defeated in the Battle of Toba-Fushimi, Nagayuki switched tides. As a result, the Meiji government forced him to retire. His son, Inagaki Nagahiro, became governor of the domain. After the abolition of the han system in July 1871, Toba Domain became Toba Prefecture, which merged with the short-lived Watarai Prefecture in November 1871, which would later become part of Mie Prefecture.


Located on an artificial island, the castle was protected by stone walls, behind which a complete enclosure was laid out. In 1854, the Ansei Earthquake and the subsequent tsunami destroyed parts of the castle, which was never rebuilt. Today, the castle grounds are no longer connected to the sea, and the moats were filled. The primary school on the southern edge of the honmaru has been closed. Remains of the walls have been preserved, including the base of the castle tower (天守閣 tenshukaku). The third enclosure of the castle has been converted into the "Castle Hill Park" (城山公園 Shiroyama kōen), accessible via a forecourt (三丸広場 Sanmaru hiroba).

A few hundred metres west of the former castle grounds lies Joanji (常安寺), the family temple and mausoleum of the Kuki clan, which preserves the tantō (short sword) Kuki Yoshitaka used to commit suicide. What made his death more tragic is the fact that, unbeknownst to Yoshitaka, his son Moritaka had secured Ieyasu's assurances for his father's safety. However, this news reached Yoshitaka too late. 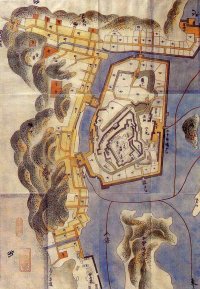 Historical map from the Edo period 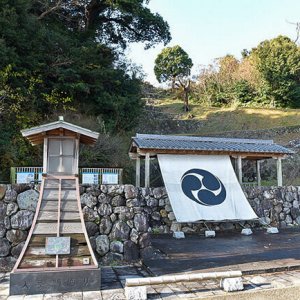 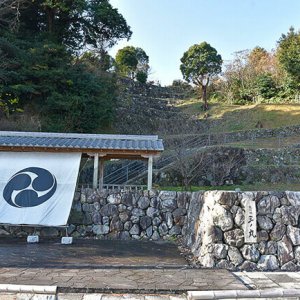 The location of the former Ōtemon (大手門) facing the sea 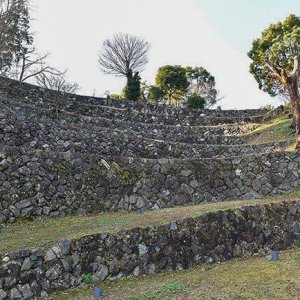 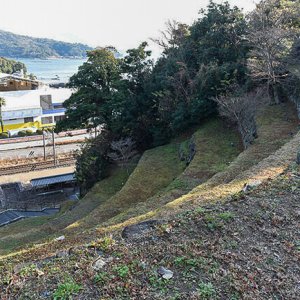 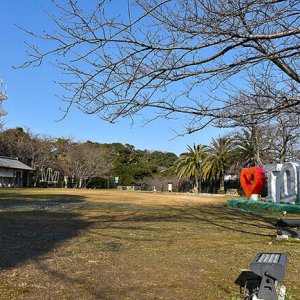 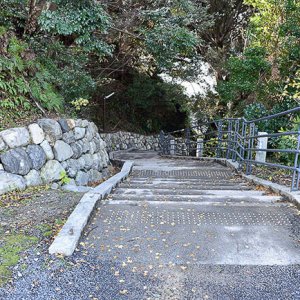 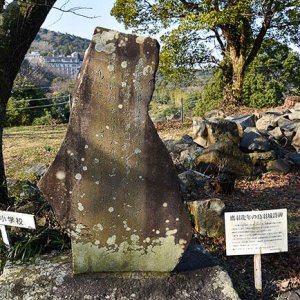 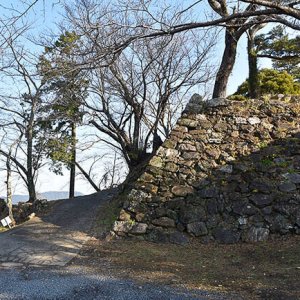 Stone walls on the way to the Honmaru. 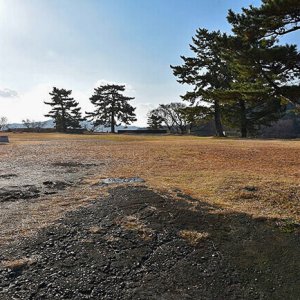 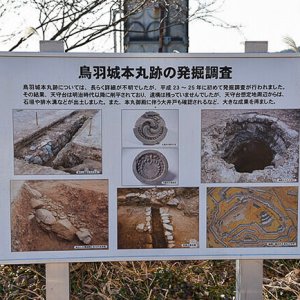 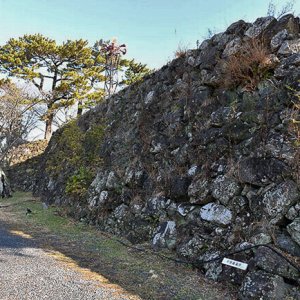 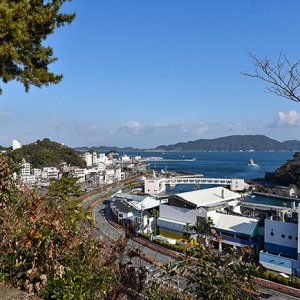 Stone walls and the view over Ise Bay. 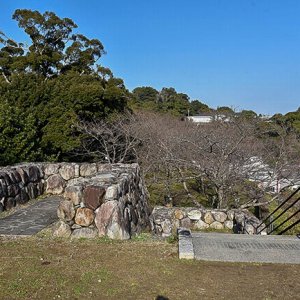 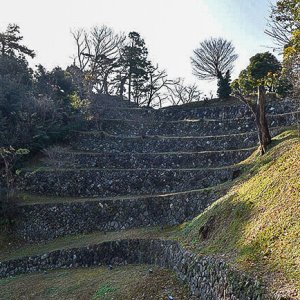 ​
Address: 3-1-1 Toba, Mie 517-0011
Access: a 5-minute walk from Nakanogō Station (中之郷駅) on the Kintetsu-Shima Line. There are two parking lots near Toba Aquarium (鳥羽水族館) and one next to Nakanogō Station. All of them are paid.
Admission: free.
Reactions: Hiroto Uehara