Japanese falconry (鷹狩 takagari) is said to have come to Japan from China around the 4th century CE and was practised by emperors, courtiers, and later by the samurai class well into the Edo period.

Haniwa, earthenware figures of the Kofun Period (ca. 250-710 CE), show a falconer, and the Kojiki (古事記, “Records of Ancient Matters”) mentions pheasant hunting excursions in the Yamato area (modern-day Nara Prefecture) with hawks or falcons. The Shinshū Yōkyō (818), based on Chinese manuscripts, was one of the first Japanese textbooks on falconry. In the Heian Era (794-1185), falconry was practised by emperors and courtiers. Later on, in the Kamakura Period (1185-1333), schools representing different traditions were established by the warrior class, the samurai, such as the Saionji and the Jimyōin schools.

In the Edo Period (1600-1868), falconry was actively encouraged by the Tokugawa shogunate, which created the official position of ‘master falconer’ (鷹匠 takashō) in the government bureaucracy. While officially patronised, falconry was restricted to the warrior class, prohibiting the kuge (courtiers) and common people from breeding and holding birds of prey. Samurai had to practice falconry on designated land only (鷹場 takaba).

In the Meiji Period, the samurai monopoly on falconry was abolished, but many of the old traditions were lost in the process. Nowadays, falconry is still practised in a ceremonial form in Yamagata and Akita and by enthusiasts in private clubs.

The Tokugawa Art Museum in Nagoya, a vast exhibition of objects belonging to the Owari branch of the Tokugawa family, displays a collection of manuscripts and artefacts on takagari.

Haniwa depicting a falconer from the Kofun Period; Yamato Bunkakan Museum in Nara 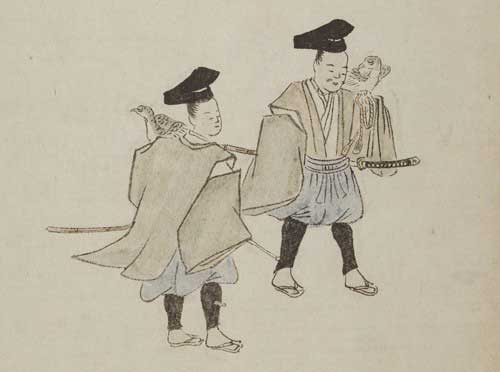 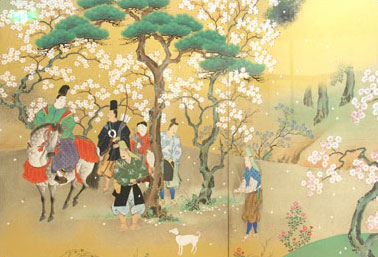 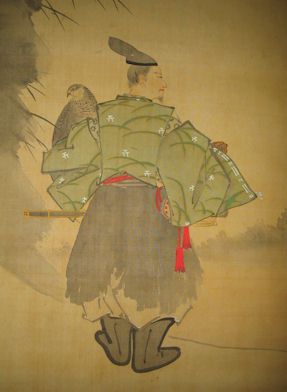 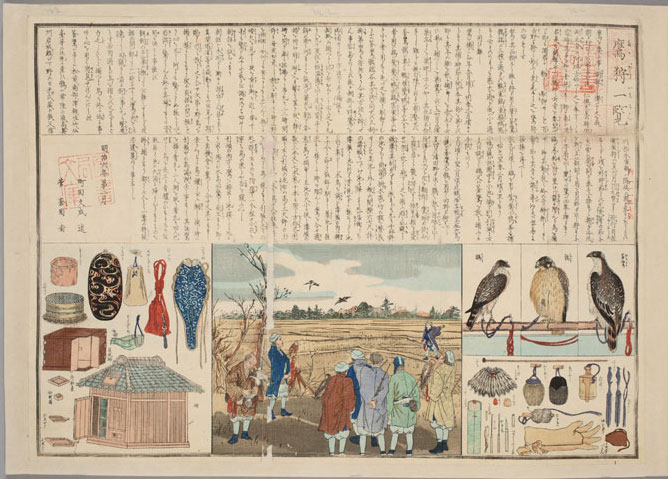 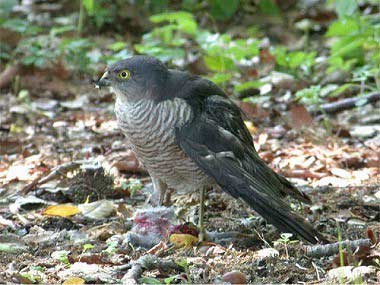 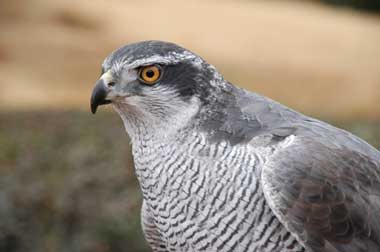