Register Log in
Article Gallery Discussion
Leave a rating
Mie Prefecture (三重県 Mie-ken) is located on the eastern side of the Kii Peninsula in central Honshū and bordered by Ise Bay to the east, Kumano Sea to the south, and Wakayama, Nara, Kyōto, Shiga, Gifu, and Aichi prefectures to the north and the west. The northern part of the prefecture consists of two-level areas; the Ise Plain along the coast and the Ueno Basin further inland, separated by low mountains. The climate is temperate along the coast but more extreme in the basins. The southern part of the prefecture is mountainous and covered in forests, with a milder climate and heavy precipitation.

According to the Kojiki (古事記), the name Mie (lit. "threefold") derives from Yamato Takeru, a legendary prince of the Yamato dynasty. When Prince Takeru set out to subdue the deity of Mount Ibuki, he had to overcome a heavy hail storm and then cross the Tagi Plain (當藝野). When he finally reached a village, he declared:


「吾が足は三重の勾の如くして甚疲れたり。」
Ware ga ashi wa mihe no magari no shikushite ito tsukaretari.
My legs are bent three times, and extremely tired.
As a result, the village and the region were named Mihe or Mie. Yamato Takeru succumbed to his trials shortly afterwards. Numerous remains from prehistoric settlements and kofun (古墳, tumuli) bear witness to early habitation. The region developed rapidly in the early historical period due to its proximity to Kyōto and Nara, and the fame of the Ise Shrine is said to be established in the Yayoi Period. In the Nara Period, the Saikū (斎宮), an imperial palace complex close to the town of Meiwa, was constructed for Saiō or Itsuki no Miko (斎王). Saiō were unmarried female members of the Japanese imperial family, sent to Ise to serve at Ise Grand Shrine. After the Taika Reform (645 C.E.), the region was divided into the provinces of Ise, Shima, and Iga and came under the rule of a succession of feudal lords. In the Edo Period, the following domains (han) existed in Ise Province (伊勢国, Ise no kuni):
The present name and boundaries of Mie Prefecture were established in 1876 when the old prefecture of Mie and Watarai Prefecture were united. The year 1876 also saw the Ise revolt (伊勢暴動 Ise bōdō), in which the rural population rose against the land tax reform of 1873. The rebellion spread to the neighbouring prefectures of Aichi, Gifu and Sakai (present-day Nara) and was quelled by the army and the police. As a result, the land tax was lowered in 1877. Rice, fruit, and vegetables are produced o the Ise Plain, while the city of Matsusaka is famous for its beef. Forestry is a significant economic activity in the southern parts. Heavy and chemical industries, along with what is left of the former textile and ceramics industry, centre on the cities of Yokkaichi and Suzuka in the north. The town of Toba was the centre of the first cultured-pearl industry.

Every year, the Ise Shrine, the principal Shintō shrine, brings numerous pilgrims and tourists to the prefecture. Other attractions include the pearl beds at Toba, the coastal scenery of the Ise-Shima National Park (伊勢志摩国立公園 Ise-Shima Kokuritsu Kōen) and the mountains of Yoshino-Kumano National Park (吉野熊野国立公園 Yoshino-Kumano Kokuritsu Kōen). The cities of Matsuzaka, Kameyama and Ueno still retain traces of castle towns and castle ruins. The Iga area is renowned for its history of ninjutsu and the breathtaking views of the Akame 48 waterfalls. It is also the birthplace of the haiku poet Matsuo Bashō (松尾 芭蕉, 1644-1694).

The Chūnansei area is located in the centre of Mie Prefecture. It is home to several historical sites, including the Saigū Ruins and the city of Matsusaka, with its castle ruins and samurai residences. Sakakibara hot spring is one of Japan's top three hot springs in The Pillow Book. The famous Matsusaka beef cattle are bred in and around Matsusaka City. The Ise-Shima area is home to the Ise Shrine (the foremost of Japanese Shinto shrines), Meotoiwa (a rock formation in Futamigaura Cove, resembling a married couple), and its jagged coastline. The much-visited Ise Shrine consists of 125 sub-shrines, including its inner sanctuary, the Naikū (内宮), and the Outer Shrine, the Gekū (外宮). After visiting Ise Shrine, most visitors head to Oharai-machi, a town lined with souvenir shops and rest areas. In the fishing centres of Toba and Shima, travellers can learn more about the ama (fishing women) and their pearl-diving culture and enjoy the spectacular coastline that was the venue of the G7 Ise-Shima Summit in 2016. The Ise-Shima Skyline offers a series of observatories that allow visitors to enjoy magnificent views.

The southern part of Mie Prefecture is home to the Kumano Kodō, a network of old pilgrimage routes registered as a UNESCO World Heritage Site in 2004 as part of the Sacred Sites and Pilgrimage Routes in the Kii Mountain Range. Kumano Kodō connects the Kii Peninsula's southern region, Kumano, with Ise, Ōsaka, Wakayama, Mount Koya, and Yoshino-Ōmine. The route section connecting Ise Shrine to the three Kumano Sanzan (熊野三山) shrines is called Iseji Road. The area around the Maruyama Senmaida paddy fields (selected as part of Japan's top 100 terraced rice paddies) is incredibly picturesque. This area is filled with plenty of other exciting sights, such as the demon-shaped Onigajō (鬼ヶ城), the lion-shaped Shishiiwa (獅子岩), and the shield-shaped Tategasaki (楯ヶ崎) rocks, as well as Japan's longest gravel beach, Shichirimihama. 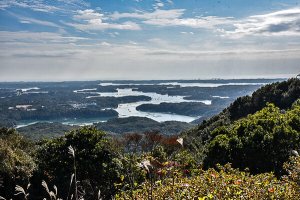 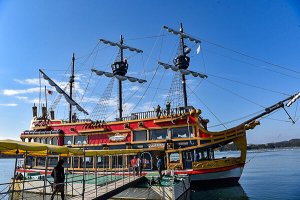 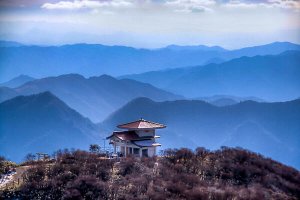 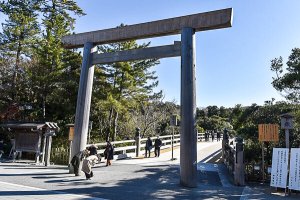 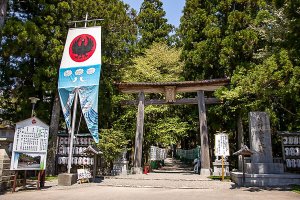 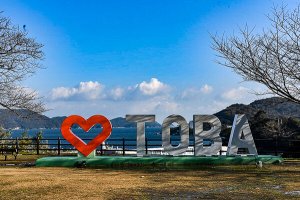 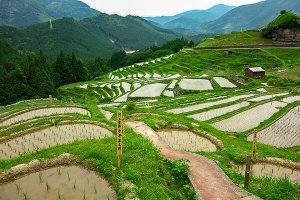 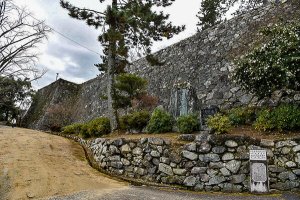 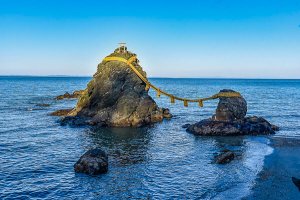 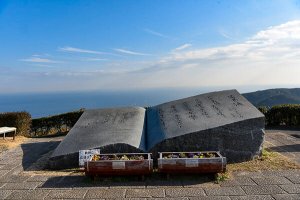 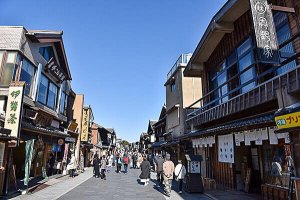 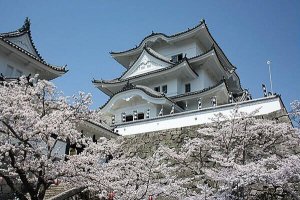