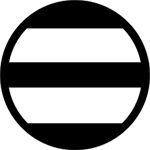 Ashikaga family crest
The Ashikaga (足利) were a warrior family of the twelfth to the sixteenth centuries and with the Nitta (新田) family one of the two major descendants of the Seiwa Genji (清和源) branch of the Minamoto family. The Ashikaga rose to prominence in the fourteenth century under Ashikaga Takauji, who established the Muromachi shogunate (1338-1573). Fifteen shoguns of the Ashikaga family ruled Japan during two and a half centuries of political and social disorder. Under the Ashikaga the arts flourished, winning them an eminent place in Japanese cultural history.


The Ashikaga family was founded by Minamoto no Yoshiyasu (源義康, died 1157), a grandson of Minamoto no Yoshiie, the most renowned member of the Seiwa Genji. They took the name of their family seat, the Ashikaga estate (荘園 or 庄園 shōen) in Shimotsuke Province (下野国 Shimotsuke no kuni, modern-day Tochigi Prefecture). Yoshiyasu’s son Ashikaga Yoshikane (足利義兼, 1154-1199) distinguished himself in the service of the Minamoto during the Genpei War (源平合戦 Genpei Kassen, 1180-85) between the Minamoto and the Taira, and in 1189 he accompanied Minamoto no Yoritomo, founder and first shogun of the Kamakura shogunate (1192-1333), in a campaign of subjugation against the Northern Fujiwara (奥州藤原氏 Ōshū Fujiwara-shi) in northern Japan.

During that time the Ashikaga began to intermarry with the Hōjō (北条) family, who as shogunal regents (執権 shikken) became the de facto rulers at Kamakura after the death of Yoritomo in 1199. Thanks to their service to the shogunate and their relationship with the Hōjō, during the Kamakura period the Ashikaga extended their influence beyond Shimotsuke into Shimōsa Province (下総国 Shimōsa no Kuni, now part of Chiba and Ibaraki prefectures) and Mikawa Province (三河国 Mikawa no kuni, now part of Aichi Prefecture).


In 1333, loyalist forces supporting the cause of Emperor Go-Daigo (後醍醐天皇 Go-Daigo-tennō, 1288-1339) overthrew the Kamakura shogunate. Go-Daigo had been seized by Hōjō officials two years earlier for plotting against the shogunate and had been exiled to the Oki Islands in the Sea of Japan. His followers continued to resist in the central provinces around Kyōto, and early in 1333, the shogunate dispatched an army from Kamakura under Ashikaga Takauji (足利尊氏, 1305-1358) in an attempt to resolve the problem. Upon reaching the central provinces, however, Takauji announced his support for the loyalists and seized the shogunate offices in Kyōto. A few weeks later Nitta Yoshisada, leader of the other main branch of the Minamoto and also a vassal of the shogunate, followed Takauji’s example, changed sides, and destroyed the headquarters of the Hōjō-dominated regime in Kamakura.

Go-Daigo returned from exile to Kyōto with the intent of restoring direct imperial rule, but his Kenmu Restoration (建武の新政 Kenmu no Shinsei) lasted only three years and was notably unsuccessful. To a great extent, the warrior supporters of the court were divided by a contest between Ashikaga Takauji and Nitta Yoshisada for military control over Japan. Primarily as a result of his clash with Yoshisada, Takauji turned against the restoration government in 1335/36, drove Go-Daigo into the mountainous region around Yoshino (吉野) in present-day Nara Prefecture, and in 1338 established the Muromachi shogunate in Kyōto.

The Ashikaga received their legitimacy from the so-called Northern Court (北朝 Hokuchō), headed by a branch line of the imperial family that reigned in Kyōto, while Go-Daigo and his lineal descendants ruled the Southern Court (南朝 Nanchō) at Yoshino. The first half-century of the Muromachi period is also known as the age of the northern and southern courts. The imperial schism was brought to an end with the return of the southern emperor to Kyōto in 1392 when the Ashikaga promised to reinstate the practice of alternate succession to the throne by the two rival branches of the imperial family.

During the first half of the period of schism, the Ashikaga were obliged not only to wage war against the supporters of the Southern Court but also to deal with conflicts within the shogunate itself. The feuding among the shogunate leaders become so intense that in 1352 Takauji resorted to having his brother Ashikaga Tadayoshi (足利直義, 1306-1352) murdered.


The Muromachi shogunate achieved its highest authority and stability as a governing institution in the late fourteenth and the early fifteenth century under the third shogun, Ashikaga Yoshimitsu (足利義満, 1358-1408). During his rule, the Southern Court no longer posed a serious threat. Moreover, some Ashikaga vassals holding the title of shugo (守護, military governor) had established territorial domains, often extending over two or more provinces, that were concentrated in the central-western regions of Honshū and the island of Shikoku. Yoshimitsu’s success as shōgun lay in his ability to maintain a balance of power between the shogunate and the shugo (also known as shugo daimyō). The principal link between the Ashikaga shogun and shugo was the office of shogunal deputy or governor-general (管領 kanrei), held in rotation by the chieftains of three shugo houses collateral to the Ashikaga: the Hosokawa (細川), Hatakeyama (畠山), and Shiba (斯波) families.

Yoshimitsu’s sons Ashikaga Yoshimochi (足利義持, 1386-1428) and Ashikaga Yoshinori (足利義教, 1394-1441) provided firm leadership in the early fifteenth century. But even during this time, clear signs of a weakening of the Ashikaga hegemony appeared. The Kantō region, which was administered by the head of a branch line of the Ashikaga who styled himself Kantō kubō (関東公方, lit. “shōgun of the east”), had never been adequately subordinate to the shogunate, and it became necessary during Yoshinori’s time to take punitive steps against the kubō Ashikaga Mochiuji (足利基氏, 1398–1439) that led to his suicide in 1439. Although the insubordinate Mochiuji was thus eliminated, there was no suitable successor, and the Kantō region gradually slipped from Ashikaga control. Meanwhile, internal dissent in the form of succession disputes began to plague some of the great shugo houses, including the kanrei houses of Shiba and Hatakeyama. The balance of power between shōgun and shugo, which was the basis of the Ashikaga hegemony, became increasingly precarious.

Decline of the Ashikaga shogunate


The Ōnin War (1467–1477), which was fought mainly in Kyōto, accelerated the end of the Ashikaga clan. Heralded by the various shugo succession disputes mentioned above, it was precipitated by a conflict within the Ashikaga family itself over the successor to the eighth shogun, Ashikaga Yoshimasa (足利義政, 1436-1490). In the fighting that ensued, each side was supported by contending factions within the Shiba and Hatakeyama houses. The war finally came to an end in 1477; however, the Ashikaga power had been destroyed, and Japan had been plunged into the century of disunion known as the “Warring States” or Sengoku Period.

For the remainder of the Muromachi Period, the Ashikaga shoguns exercised little power and became in effect the puppets of their leading vassals. Out of the turmoil of the Sengoku period emerged a new class of daimyō who established territorial domains throughout the country and set the stage for a dynamic process of military unification in the late sixteenth century. By the time of the first of the great unifiers, Oda Nobunaga (1534-82), the Ashikaga shogunate had almost completely crumbled, and Nobunaga, who formally tolerated its continuance for five years after seizing control over Kyōto in 1568 and beginning the major process of unification, finally deposed the fifteenth shogun, Ashikaga Yoshiaki (足利義昭, 1537-1597). Yoshiaki, however, continued to behave as shōgun, encouraged by powerful daimyō until Toyotomi Hideyoshi assumed supreme power, shattering his hopes to ever return to full honours. In 1588, Yoshiaki took the priestly name Shōzan Dōkyū and accepted a stipend from Hideyoshi.

The Ashikaga to present day


While the main branch of the family has disappeared, the Kantō Ashikaga, founded by Takauji’s fourth son Motouji, the first Kantō kanrei (関東管令), and consisting – among others – of the Kamakura and later the Koga branch (the latter established by Ashikaga Shigeuchi who had to flee to Koga) survived the political turmoil. When the fifth and last Koga kubō (古河公坊), Ashikaga Yoshiuji (足利義氏, 1541-1583) died without a male heir, his daughter Ujinohime (足利氏姫) succeeded her father at the young age of nine and took his title. In 1591, Toyotomi Hideyoshi consented to her marriage to Ashikaga Kunitomo, the first son of Ashikaga Yorizumi (足利頼純, died 1601). When Kunitomo died in 1593, she was married to his younger brother Ashikaga Yoriuji, starting a new Ashikaga branch, the Kitsuregawa (喜連川). In the light of their family’s prominence Tokugawa Ieyasu later accorded Kitsuregawa Yoriuji (喜連川頼氏, 1580-1630) the status of a daimyō of the fourth rank or higher, receiving a stipend equivalent to 100,000 koku (approximately 18 million litres of crop yield), although the Kitsuregawa domain in Shimotsuke Province yielded only 4,500 koku.

The Ashikaga thus survived as a minor and inconspicuous daimyō family. The last family head of the Kitsuregawa line, Ashikaga Atsuuji, died in 1983 and since then Ashikaga Yoshihiro, a university professor and a descendant of the Hirashima kubō (平島公坊) of Awa Province (安房国 Awa-no kuni, part of present-day Chiba Prefecture), a family branch established by the eleventh shōgun Ashikaga Yoshizumi (足利 義澄, 1481-1511), has continued to uphold their family traditions.

The Minamoto Ashikaga should not be confused with the clan by the same name who were a branch family of the Japanese Fujiwara clan of court nobles, more specifically Fujiwara no Hidesato of the Northern Fujiwara branch. The clan was a dominant force in the Kantō region during the Heian period (794-1185). It had no direct relation to the samurai Ashikaga clan which ruled Japan under the Ashikaga shogunate.

Patrons of the Arts


Although the Muromachi Period may appear to have been a dark and barbarous age regarding political and social history, it was also a time of glorious cultural achievement, and the Ashikaga shoguns are remembered for their generous patronage of the arts. The two significant spans of cultural flourishing in the Muromachi Period were the age of Yoshimitsu in the late fourteenth and early fifteenth centuries and the age of Yoshimasa in the late fifteenth century. As the patrons of such arts as the no theatre, linked verse, monochrome ink painting (which was stimulated primarily by the tally trade and cultural intercourse with China), landscape gardening, and the tea ceremony, the Ashikaga shoguns can be characterized as far more gifted in the cultural than in the military sphere of medieval rule. Ashikaga Takauji (足利 尊氏, 1305-1358) was the founder and first shogun of the Ashikaga shogunate... Wooden statues of the Ashikaga shogun. Family tree of the Ashikaga family.

It is incorrect to say that ” The last family head of the Kitsuregawa line, Ashikaga Atsuuji, … and since then Ashikaga Yoshihiro, a university professor , …, has continued to uphold their family traditions?

Uncle Atsuiji had in the 1970s, to have his nephew, Ashikaga Kohei son of his brother to be his heir. Unfortunately final signature was not carried out before his stroke. Remaining family members of my grandfather Ashikaga Otomaru had family meeting and decided to give Ashikaga Kohei the title of the chief Ritual heir of Ashikaga, representing Ashikaga family in official capacity, and has the privilege of Kasumi Kaikan for the decedents of the former peerage.

Ashikaga Yoshihiro has been publicizing on the internet that he is the heir to my uncle Atsuiji, which is not true.